Air Force veteran of 21 years, Ben Duncan of Buda, TX, found out that he had Essential Tremor (ET) after his hand tremors became progressively worse over the years, to the point where his wife needed to help spoon-feed him on bad tremor days. He did not know what each day would bring with this condition and even considered his right arm utterly useless due to the constant tremors – “a dead arm.” Even while on the maximum dosage of pharmaceutical medications for essential tremor, he could only use his right arm… on a good day.

Ben was born in a small town called Pittsburg, TX, and initially joined the Air Force to use the GI Bill to complete his college degree. While stationed at Carswell Air Force Base in Fort Worth, TX, he met his wife, to whom he has been married for 43 years. They share a cat named Sassy that he says lives up to her name. Ben has had a prosperous working career and has moved around the United States while in the military. 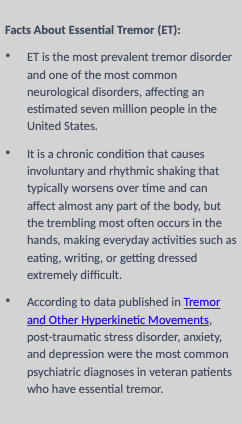 In January of 2020, Ben’s neurologist read about a new neuromodulation therapy for essential tremor that was available within the VA system. The treatment, Cala Trio™, is the first non-invasive targeted therapy that reduces hand tremors for adults living with ET– a simple, wrist-worn device that is calibrated to treat a patient’s unique tremor symptoms. When activated, Cala Trio gently stimulates the nerves in the wrist.  This stimulation disrupts the tremor network in the brain and provides meaningful tremor reduction without the need for invasive brain surgery or medication. Ben did a lot of research and digging – particularly during the early months of COVID-19 – but found out that Central Texas Veterans Health Care System had patients already using Cala Trio and connected with his neurologist for a prescription.

Since Ben started using Cala Trio therapy to treat his essential tremor, he has said, “I have experienced great results! I keep a timesheet to track the duration of my tremors, and at first, the duration for treatment lasted about an hour and a half, but now a single treatment can last me up to twelve hours in a single day.” Now, with Cala Trio, Ben’s “dead arm” has come back to life.

During the early days of COVID-19, vulnerable populations were being heavily affected by the pandemic. 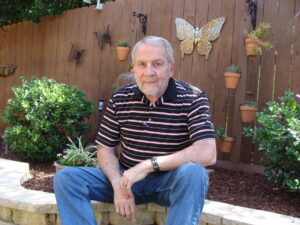 Veterans are among the most hard-hit groups of people, and the U.S. Department of Veterans Affairs (VA) has turned to telemedicine services and online resources to provide veterans with additional options to help them address their critical medical needs. With telemedicine services widely available, vulnerable populations, such as those living with essential tremor, can maintain their independence at home. 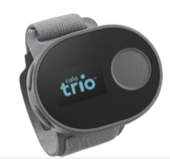