Metabolic syndrome refers to group of risk factors that increases the risk for heart diseases and other health conditions like diabetes, stroke, cancer and decreasing overall lifespan. These risk factors include obesity, high blood pressure, elevated cholesterol (high triglycerides, low HDL) and elevated blood sugar  levels. The risk of having severe heart disease is increased over 20% during a 10 year period for those affected with metabolic syndrome.  Over decades, doctors have focused on managing these risk factors with medications, diet and exercise.  Despite optimal medical management , the prevalence of diabetes and heart disease is growing throughout the world!

“Diabetes is alarmingly linked with heart attacks, amputations and even blindness amongst many other serious complications.” 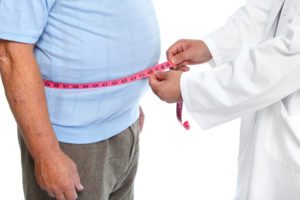 Overall, the obesity population has doubled since 1980 and adolescent obesity has quadrupled in the last three decades (21% in 2012).  In Texas,  over 30% of the adult population is obese (BMI > 30) and > 9% of adults were diabetic in 2014.  Changes in lifestyle, environmental factors, physical inactivity, diet, medications and genetic factors are attributed to the growing obesity population. An estimated 26 million people in the United States have diabetes, and this figure is projected to nearly double by 2034. In 2012, the direct medical cost of diabetes in the United States was calculated at around $176 billion, and on top of that, the cost of lost productivity was $69 billion.  Diabetes is alarmingly linked with heart attacks, amputations and even blindness amongst many other serious complications.

As we all know, weight loss results in better control of metabolic syndrome but most people don’t have long-term success for weight-loss using only diet, medications and exercise. Bariatric surgery has been proven to provide long-term weight-loss which leads to the resolution or optimal control of metabolic syndrome, decreasing the risk of diabetic complications, cancer and even death.  Recent studies have shown that there is an overall 86% resolution of metabolic syndrome and more specifically a 78% complete remission of Diabetes up to 9 years after surgery!  One of the studies from Cleveland clinic, Ohio published in the reputed New England Journal of Medicine compared treatment of diabetes between intensive medical therapy, gastric bypass and sleeve gastrectomy. This study showed that surgery was much more likely to result in diabetes resolution up to 3 years after surgery while patients treated with medication alone failed 80% of the time after just 1 year.

“The obesity population has doubled since 1980 and adolescent obesity has quadrupled in the last three decades.”

The million-dollar question is why is it that surgery is so much better than medications alone? The answer is broken down into two parts. The first obvious answer is that surgery is much more likely to provide the most sustained weight-loss. The second answer is more interesting in that many of the improvements in metabolic syndrome occur BEFORE THERE IS SUBSTANTIAL WEIGHT LOSS! In the gastric bypass, this is accounted for by rerouting the intestines which leads to rapid and direct exposure of nutrients to the distal small bowel which increases “chemicals” produced by the intestines such as glucagon like peptide (GLP -1) and  YY peptides. GLP-1 increases insulin secretion and decreases glucagon which leads to better blood glucose control and decreased appetite.  Bypassing also decreases anti-incretin production from the proximal small bowel which again improves insulin production. 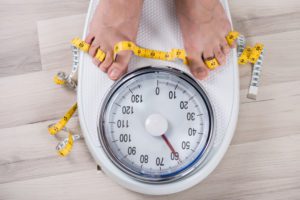 There are other attributes in the body that are changed by the gastric bypass operation.  Gut microbiome consists of trillion of bacteria in the colon (normally) which play a role in nutrient metabolism and absorption. In obesity there is an imbalance in bacterial load (increased Fermicutes , decreased bacteroidetes type) in the gut which favor enhanced expression of genes responsible for absorption of carbohydrates and lipids at gut level. This causes rapid absorption of food products.  A gastric bypass alters this bacterial load to reduce absorption in the gut. Another change seen in the body is the flow of bile (bile acids) produced from liver is altered by surgery which favors increased carbohydrate metabolism, decreases cholesterol load and helps to change gut microbiota.  Finally, insulin sensitivity is increased in the liver post bariatric surgery. Obesity is a chronic inflammatory state and continued weight loss reduces adipose tissue which in turn is related to reduced inflammation, change in concentration of adiponectin ( anti-inflammatory product produced by adipose tissue) which in turn reduces insulin resistance. All the above factors contribute to stopping all anti diabetic medications after bariatric surgery (especially gastric bypass) in > 90% of individuals (type 2).  In regards to type 1 diabetes mellitus (insulin dependent) the amount of daily insulin requirement will decrease but some may not be off of insulin completely since these patients don’t have the beta cells to secrete innate insulin.  Recently we are seeing more cases of adolescents with type 1 Diabetes undergoing a gastric bypass with good outcomes, but more conclusive evidence is required to conclude superiority of sleeve or bypass in this group of patients.

“An estimated 26 million people in the United States have diabetes, and this figure is projected to nearly double by 2034.”

What are the types of bariatric surgery that are best for resolving Diabetes?  The gastric bypass continues to be a great option for the reasons listed above.  Gastric banding is almost phased out based on evidence of metabolic outcomes and also band related complications.  The sleeve gastrectomy is showing popularity with patients and with bariatric surgeons, but is a newer procedure compared to the gastric bypass.  At this point we don’t have enough evidence to say that  sleeve is as good as a gastric bypass, since we are limited by long term results (5-7 yrs: which show similar metabolic outcomes compared to gastric bypass). Another bariatric surgery, the Duodenal switch, is the gold standard for excellent long term diabetes remission in morbidly obese patients. Due to the nature of anatomical rearrangement with the duodenal switch, it has a higher risk for nutritional deficiencies, so currently this surgery is limited to selected patients.  Patients with this surgery will need closer follow up and must be diligent in following the surgeon’s recommendations to avoid nutritional complications.  The mini gastric bypass which is gaining momentum in Europe , India and South America is still not performed extensively in the United States (first performed in the US in 1997) considering the increased risk of bile reflux, marginal ulceration , and risk of gastric and esophageal cancer.  Because of this, the gastric bypass will continue to be better option for type 2 diabetes for now, but not one surgery can fit everyone. The type of surgery chosen for each person is decided based on comorbidities, lifestyle, psychological condition, family history and finally by the expert (Surgeon).  If you suffer from diabetes or metabolic syndrome, you should consider talking to a bariatric surgeon to see if surgery may be a reasonable option for you.

To find out more information, contact (877) 538-6909 or visit Texasbariatricspecialists.com.