Fifteen years ago, I started on a journey that no one in their right mind would choose to take. The journey was long and arduous, with roadblocks and detours along the way.

The roadblocks appeared as things I thought at first were signs of “aging,” like extraordinary fatigue, restless andinterrupted sleep, digestive pain, IBS and brain fog. The detours came in well-meaning but useless labels of IBS, then colitis, chronic fatigue and fibromyalgia. Being labeled with these descriptive terms did not result in finding the cause of my ailing health, nor did it do anything to change the direction of my journey.

They were signs that my body was turning on itself in “friendly fire” and in the process destroying my quality of life. To heal, I had to dig deep and become my health advocate, jumping feet first into a career change that ultimately became my life mission.

“According to the American Autoimmune Related Disease Association, more than 50 million people in the U.S. have been diagnosed with one or more of the 100 to 120 identified autoimmune diseases.”

If anyone asked you what genre of disease is the second most common cause of chronic illness in the U.S., what would your answer be?

Chances are you would say diabetes or cardiovascular disease, and you would be wrong. The answer is autoimmune diseases. According to the American Autoimmune Related Disease Association, more than 50 million people in the U.S. have been diagnosed with one or more of the 100 to 120 identified autoimmune diseases.

Many autoimmune diseases’ symptoms come on gradually, and they’re usually shrugged off as injury or a passing illness, such as the flu, fatigue or “getting older.” Just like in my experience. While more and more people are being diagnosed with autoimmune illnesses, there is still a huge lack of understanding and awareness of these diseases among those who may be suffering and the medical community charged with diagnosing and treating them.

What is autoimmune disease?

The word starts with “aut,” which comes from the ancient Greek word for “self.

“Immune” refers to the body’s immune system. So, autoimmune, or “self-immune-system,” diseases are those in which one’s immune system is attacking itself. The body’s mechanisms can no longer differentiate between foreign attackers and one’s own body. Normally, the immune system protects the body from infection and disease, but the immune response in autoimmune patients destroys normal and foreign tissue alike. Basically, it is a serious case of friendly fire.

But why is the body attacking itself?

Truthfully, we don’t know. There are theories that some bacterial or viral infections, exposure to environmental toxins or foods might trigger an autoimmune response in genetically susceptible people. The simple fact is that doctors and medical researchers have very few answers as to why the immune system starts a full-time attack. Interestingly enough,celiac disease offers clues for other autoimmune diseases. 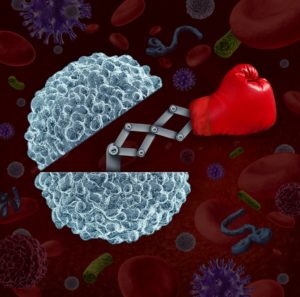 Pediatric gastroenterologist and founder of the Harvard University Center for Celiac Research, Alessio Fasano explains that, “an immune reaction to a protein in wheat, rye, spelt, barley and tricale that results in destruction of the small intestine, is the only autoimmune disease where the cause is known.

Complete removal of the protein called gluten from the diet halts the autoimmune activity, ultimately stopping the disease process.” Alessio Fasano believes all autoimmune conditions have three factors in common: a genetic susceptibility, food or toxin antigen exposure, and increased intestinal permeability. Recent evidence indicates that the process could be modulated and possibly reversed by interrupting one of the modifiable factors involved.

It’s all in the genes. Your genes are the building blocks of your foundation. They dictate hair and skin color, height and body type and potentially your predisposition for disease. While we cannot change our genes, we can optimize their expression to reduce the likelihood of a genetic expression for diseases getting “turned on.” Epigenetics, such as one’s diet and lifestyle, are the modifiable factors that can either increase or decrease the genetic risk for disease.

The gut is ground zero in autoimmunity. The intestines are the largest interface between the environment and us. The small intestine has the complex role of allowing nutrients inside the body while keeping bacteria, toxins and wastes outside. The intestinal lining and the immune system are dynamic structures that change based on what we eat, toxin exposures and stress. Incompetent intestinal lining increases intestinal permeability, commonly known as leaky gut. This can result in the absorption of incompletely digested foods and bacterial toxins that over-stimulate the immune system through the bloodstream.

The mind-body connection in healing is powerful and real. People do better if they have a sense that there is something they can do for themselves. Conventional treatment standards are to take drugs to suppress your illness symptoms, which only lead you to feel utterly powerless. It also makes your disease worse because it undermines the body’s natural healing process

Could your symptoms be signs of something more? Could one of the above or all be contributing to your loss of health?

For me, my returning to school to study nutrition and become an advocate for my own health led to more than I could have even dreamed 15 years ago at my worst. Yes, my journey resulted in a remission of symptoms. I still have my diagnostic label, however, I no longer have the symptoms. I get to work every day alongside clients who have also been there and done that. My reward now is watching them heal and get their life back. The truth is you can too.