ENT Clinics of San Antonio – How To Deal With Earwax Buildup

While it might not seem like there is a purpose behind why your ear produces earwax, there most certainly is. Even though a lot of people try to clean out their ears on their own, it’s important to remember that ears are self-cleaning. This means that the earwax will typically just come out on its own. Of course, there are times when earwax can become impacted or blocked, which can temporarily cause muffled hearing and discomfort.

Why does impacted earwax happen? There are a few things that could be to blame but one of the most common causes is at-home ear cleanings. While it might seem rather unhygienic, you don’t need to clean your ears, and should never place a cotton swab into the ear canal as you risk damaging or injuring your ear. One look at the package of cotton swabs and you’ll see that it states that you should never place it in your ear. Plus, these swabs can end up just pushing earwax deeper into your ear, which can lead to pain and other problems.

If you have a narrow ear canal or if you are older you may be more prone to earwax impactions. If this is the case, you may want to visit an ENT doctor rather regularly for proper earwax removal. You may also find that you are prone to earwax buildup if you constantly place things in your ears, whether you often use headphones or a hearing aid.

Fortunately, an otolaryngologist will often treat earwax impaction through prescription-strength eardrops that will successfully breakup the wax. Of course, if this treatment doesn’t work then you may need to come in so that we can safely and effectively wash out your ears and dislodge the earwax completely.

Remember to never try to remove the earwax buildup yourself, as they could just end up causing more issues in the long run. While there are kits that you can use at home to help irrigate and clean out the ears, if you aren’t noticing a change in your symptoms after three days it’s a good idea to visit your otolaryngologist for care.

There are several techniques for removing wax, from irrigating the ear to using a painless suctioning device. The earwax treatment we recommend for you will depend on several factors such as health and structure of your ear.

If you are dealing with earwax impaction then it’s time you turned to an otolaryngologist who can safely remove the buildup. 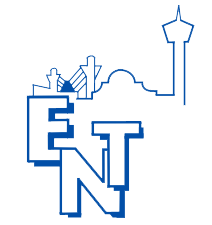