While the numbers are daunting, don’t let them frighten you. There are a number of culinary cures you can find around the kitchen to help treat and prevent diabetes. Grab your grocery list, and take note of these diabetes-fighting foods. 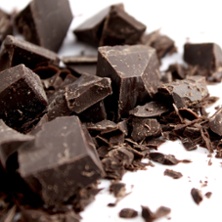 No it’s no joke, dark chocolate has been shown time and time again to be a healthy treat, even against diabetes. Indeed, the British Medical Journal has found that people who regularly eat dark chocolate with higher percentages of cacao have a 31 percent reduced risk for diabetes.

Even better, this sweet treat has been shown to reduce your risk of cardiovascular disease by 37 percent, and it reduces your risk of stroke by 29 percent. Research has also found that regular dark chocolate consumption reduces blood pressure and insulin resistance. 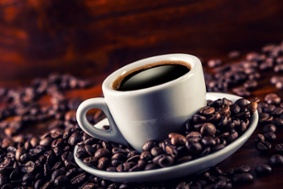 Maybe your cup of coffee or guilty-pleasure Starbucks run isn’t as bad as you think. According to the Journal of Agriculture and Food Chemistry, coffee contains compounds that have been shown to inhibit a hormone that plays a central role in diabetes.

Previously published studies have found that people who drink four or more cups of coffee daily have a 50 percent lower risk to develop Type-2 diabetes. 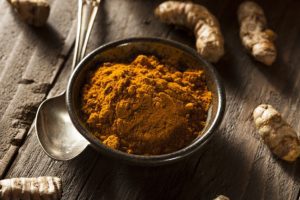 Curry lovers of the world are in for a treat with all the new data supporting the medicinal benefits of tumeric. The compound curcumin, found in tumeric, has been shown to prevent diabetes’ progression, among a host of other medical benefits. A 2012 study, originally published in the journal Diabetes Care, found that curcumin in a prediabetes population may be beneficial. Researchers had a group of 240 participants with high blood sugar, though not high enough to be diagnosed with diabetes. Over the course of nine months, half of the participants were administered 1,500mgs of curcumin extract daily, and the other half were given a placebo. After the nine month study, researchers found that 16.4 percent of the placebo group had developed Type-2 diabetes, and conversely, none of the people who received curcumin extracts were diagnosed with diabetes. While more research is needed, this study, and others, appears to affirm the long-held eastern belief in the medicinal benefits of tumeric. So grab a big bowl of yellow curry, and dive into a delicious diabetes deterrent. 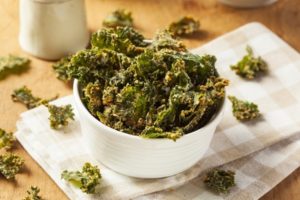 King kale is back in the news again. But it’s not only kale, spinach and all the other dark, leafy greens have been shown to be great for your overall health. Where does diabetes come into play?

A 2010 review, originally published in the British Medical Journal, found that people who increased their leafy green consumption by 1.15 servings daily decreased their risk for diabetes by 14 percent. So roast up some kale chips, order an extra side of spinach and see what the kale craze is all about.

5. Blueberries, Pears, and Apples, Oh my! 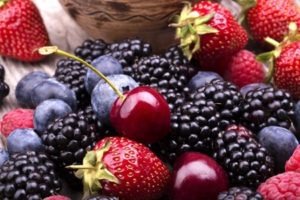 Though more and more, they’re being shown to be our first line of defense against disease and poor health. Indeed, a 2012 study in the American Journal of Clinical Nutrition found that eating anthocyanin-rich fruits and vegetables — like blueberries, eggplants, purple asparagus and cherries, among others — correlates with a 23 percent lower risk of Type-2 diabetes. In fact, nearly all red-, purple- and blue-skinned berries are rich in anthocyanins and antioxidants. Grab a fistful of berries, some apple slices, and make yourself the healthiest smoothie in Texas.