At an early age, Dr. Jennifer Walden was attracted to surgery as an art form. It began even before the eighth grade, when her class instructor said she had the hands of a surgeon.

“It was an early attraction to the sciences that led me to go into medicine,” Walden said. “My father was a dentist and my mother was a surgical nurse, so I was exposed to it throughout my life. I was exposed to the work ethic and what it was like to care for people as a daily job.”

Walden completed her residency training, and then she moved from Texas to New York to pursue an interest in aesthetic surgery after being selected for a fellowship at Manhattan Eye, Ear and Throat Hospital. During her stay in New York, Walden became the associate of the world-famous aesthetic plastic surgeon, Dr. Sherrell Aston and remained there for the next eight years.

Then, Walden decided to become a mother. And that brought her back to Texas where she has furthered a career in plastic surgery.

“I am a single mom by choice, and I wanted them [her twin sons] to be closer to our family,” Walden said in a Texas Monthly interview while discussing her move in 2011 from New York’s Upper East Side to Austin.

Houston and Rex are Walden’s fraternal twin sons, currently enrolled in pre-school. Walden said the twins have helped her gain perspective toward her own personal fulfillment. Though, it is a balancing act.

“I try to simplify as much as possible, because there are a lot of complicated things in running a practice and with being a single parent,” Walden said in an interview from her Austin office.

“For example, I live close to my office,” she continued. “My boys will go to school within close proximity to my home, and I have a full-time nanny and an au pair that lives within my home so should I have an emergency, someone is there.” 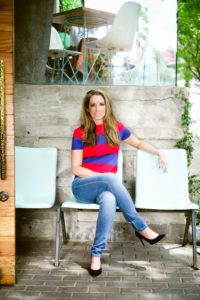 Walden said the change from New York to Austin was dramatic. But it also was a step in the right direction for her career. She is one of the top aesthetic plastic surgeons in Texas, having been peer-nominated and selected for honors in publications such as Texas Monthly, Harper’s Bazaar and American Way.

“I know I’m a rarity,” she commented in a 2012 interview with Texas Monthly. “There just aren’t many female doctors who go into cosmetic plastic surgery. Of the 8,100 or so board-certified plastic surgeons in the country, 851 are women. And of those, only about 180 of us are members of the American Society for Aesthetic Plastic Surgery, which is the leading professional organization of board-certified cosmetic surgeons. And only a dozen of us live in Texas.”

Walden’s commitment to technology sets her apart. She uses an industry-leading, 3-D imaging technology called Vectra that can help a patient visualize their look before surgeries like rhinoplasties or breast augmentations. She has even developed her own instruments for breast surgery, which are available to surgeons through the medical instrument company Accurate Scientific and Surgical Instruments (ASSI).

Walden serves as a consultant to the leading aesthetic companies, such as ThermiAesthetics, Venus Concept, Ideal Implant and Sciton Inc. She was also one of the first medical professionals within the Austin area to begin using ThermiVa for vaginal tightening and rejuvenation. ThermiVa is a temperature-controlled, radio-frequency system that offers a non-surgical, dermatological application in aesthetics and other medical specialties.

“The people that get work done are normal people, they are everyday mothers or everyday young women”

While ThermiVa is credited with vaginal rejuvenation that can restore the vagina to a youthful appearance and performance by tightening and strengthening, it also can be used to treat discomforts such as menopausal atrophy (dryness) and stress incontinence in women.

For certain patients, especially females seeking cosmetic surgery, the subject of physical appearance is a sensitive subject. Once one factors in other considerations, like self-esteem and body dysmorphia, these can create even more issues for the patient and the doctor. 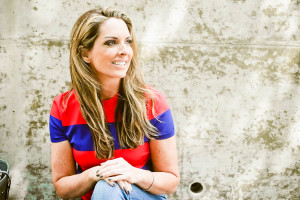 “I think plastic surgery gets a bad rap in the media because we often see the distorted and the poor results, and we often hear people on television that are not representative of plastic surgery,” Walden shared. “But for the most part, the people that get work done are normal people, they are everyday mothers or everyday young women.”

Walden gave examples of such average patients, like a mother who desires a tummy tuck and a breast lift after giving birth to three children. Or a young man that has a big hump on his nose and has been teased about it, so he is embarrassed by the deformity. Or a 23-year- old woman with extremely large breasts that cause her physical pain.

“Those are all examples of people that can be helped by cosmetic surgery,” Walden explained. “And that’s what I liked about it. I liked that I could help, especially where the patient demographic was largely women—in fact, 92 percent of cosmetic surgery patients are women. I liked the idea of identifying with them [women] about these external issues of what they wanted to return to because I feel that often times women don’t get a fair shake and are considered vain or selfish if they want an attractive appearance after pregnancy or as they age.”

“I know I’m a rarity…There just aren’t many female doctors who go into cosmetic plastic surgery. Of the 8,100 or so board-certified plastic surgeons in the country, 851 are women” 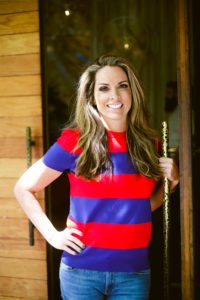 Walden added that women coming to her for help generally do not feel intimidated or embarrassed by exposing their bodies to a female plastic surgeon.

“I could help them achieve something that they may have been too embarrassed to go to another provider for, or maybe they would have been too intimidated to expose themselves to a male, or simply didn’t know there was a treatment for it,” she said.
Walden extends her professional talents outside of her practice. She has privileges at the Hospital at Westlake Medical Center, Seton Hospital, and Hill Country Memorial Hospital in Marble Falls, where she opened a satellite cosmetic surgery clinic. She often comes onto local and national television shows, expertly addressing topics such as soft tissue injectables, mommy makeovers, celebrity plastic surgery, breast implants, and technological advances in cosmetic surgery such as new lasers, non-invasive fat reduction and vaginal rejuvenation.

As far as tips for those seeking corrective or elective surgery, Walden gave a brief guide to help those wishing to consider surgery. 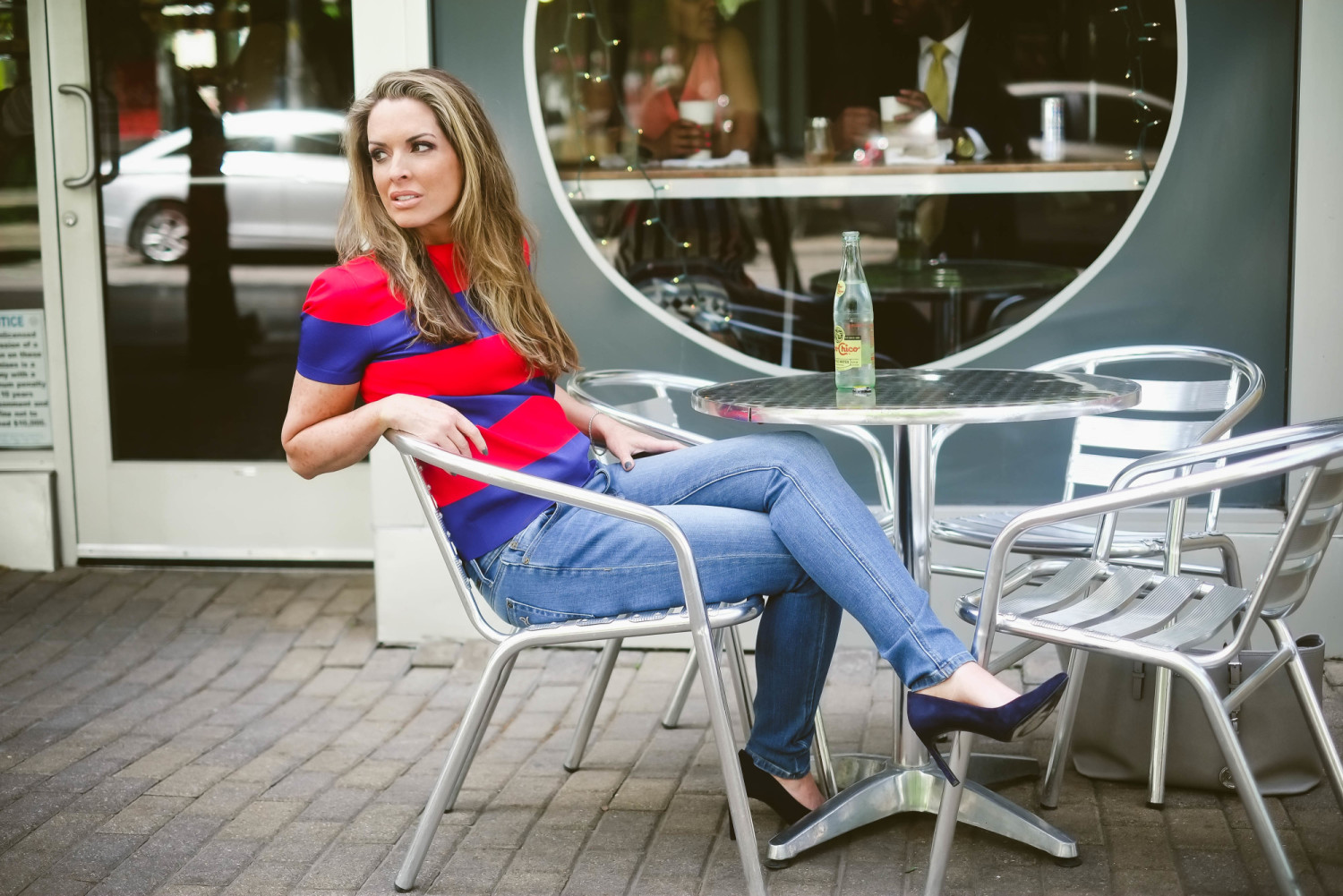 “Research the procedure and the surgeon,” she said. She also emphasized going to a medical professional who is board certified by the American Board of Plastic Surgery, who specializes in cosmetic surgery, and is a member of the American Society for Aesthetic Plastic Surgery, a prestigious organization for which she is the Commissioner of Communications and serves on the Board of Directors.

“Look for hard data points,” she said. Walden also noted the importance of consultations with several plastic surgeons and learning about the specific procedures that are offered to patients.

“If you are uncomfortable with your surgeon and what they have to say, then you may need to research and find one with whom you have a better fit, or perhaps you may have an unrealistic expectation for the result,” Walden said.

Comfort and defining for patients realistic expectations, with real results they can be proud of, are the defining characteristics of Dr. Walden and her practice. Employing her expansive knowledge and experience, coupled with the latest technological advances in cosmetic surgery, Dr. Jennifer Walden continues to care and serve Austinites, Texans and the nation at large.