If you’re tired of wearing glasses and have been ruled out as a candidate for Lasik, a new advancement in eye surgery may be a viable option for you. Recent research reveals that patients who opt for an Epi-Bowman Keratectomy (EBK) procedure can realize a number of benefits over Photorefractive Keratectomy (PRK), which preceded EBK as a surgical alternative to Lasik. EBK’s most notable benefits include shorter healing times and less pain.

I was so convinced that EBK could provide patients a safe, effective and more comfortable alternative to PRK, we began offering the procedure at Key-Whitman Eye Center’s Dallas location, exclusively in north Texas, in August of 2015.

Our experience with EBK and the Epi Clear device in Dallas echoes the results of research published in Cataract & Refractive Surgery Today-Europe and the journal Current Eye Research. EBK is kinder to the eye, the patient is more comfortable during the healing phase and the eye generally heals more quickly–about 24 to 48 hours faster than traditional PRK. Plus, compared to PRK, our EBK patients have required less pain medication and for a shorter period of time.

So why isn’t Lasik an option for some people?

There are two key reasons patients will look for alternatives to Lasik eye surgery. One is anatomical and the other is patient preference.

The number one reason people are not viable candidates for Lasik eye surgery is that their cornea is too thin. During Lasik, we create a corneal flap that gives the surgeon access to perform the laser correction. The creation of the flap takes away a certain amount of thickness, or tissue, from the cornea.

There is a specific amount of tissue that we consider safe and need to leave behind once we create the flap. So if we determine there isn’t enough thickness in the cornea to safely perform Lasik, then we may recommend surface ablation, EBK or PRK, as an option.

Scars, especially toward the center of the cornea, can also disqualify some patients from Lasik, because the laser that makes the flap can’t cut through scars. In many cases, surface ablation, either with PRK or EBK, allows the surgeon to laser through corneal scars.

As far as preference is concerned, some patients simply don’t want to have a flap. In the past, the military wouldn’t allow certain personnel to have a Lasik procedure with a flap, because they thought there could be some issues during battle. Since then, Lasik has been found to be safe and is no longer prohibited by the military, but that misconception and others are still out there.

Why does the EBK procedure deliver better outcomes than PRK?

With both EBK and PRK, the eye surgeon surgically removes the top layer of the cornea, the epithelium, which gives them safe access to the cornea for the laser correction. Following the procedure, the epithelium grows back and heals naturally. 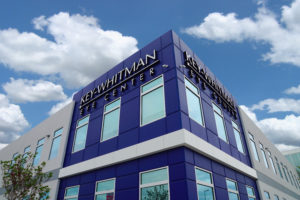 With EBK and the Epi Clear device, the eye surgeon is able to perform the procedure more quickly, because unlike PRK, no chemical solution is applied to hasten the removal of the epithelial layer. Instead, in the hands of a skilled eye surgeon, the device does most of the work. During the EBK procedure, the Epi Clear device removes only the epithelial layer, so there is less risk of damage to tissue under the epithelium as there can be with PRK. This is another reason patients who undergo EBK are more likely to heal more quickly.

After numbing the eye, it only takes 10 to 15 seconds to remove the epithelium during an EBK procedure. It’s quicker, less caustic to the eye and the cornea tends to heal up faster. Studies show that the percentage of patients healing in 48 to 72 hours was near double that for PRK. With this new technology available at our Dallas eye surgery center, I don’t see any reason for our patients to undergo PRK over EBK.

How does the Epi Clear device work?

The best analogy to describe how the polymer plastic Epi Clear device works is to think of a disposable, double-blade razor. The difference is the Epi Clear blades are plastic instead of metal and both blades play a specific role. The first, longer blade cleanly removes the epithelium, then the second, shorter blade collects any debris that is removed and seals it inside the device.

This process also helps expedite the procedure, since the eye surgeon doesn’t need to spend more time meticulously cleaning the eye before moving on to the laser eye treatment.

If you live in the Dallas-Fort Worth Metroplex and are ready to reduce your dependence on glasses, we can help. To schedule a consultation with an experienced eye surgeon in Dallas, call Key-Whitman Eye Center at 855.600.7296.