“It is what we think we already know, that often keeps us from learning.” – Claude Bernard

The practice of medicine is often like a swinging pendulum.  Paradigm shifts in care are regular occurrences in most specialties.  They can be frustrating, but as physicians, we understand that they are as unavoidable as the new developments and understandings that lead to them.  Learning and adapting our practices to incorporate new, better & different therapies when they are recognized is our common goal as providers.  Sometimes these shifts are more difficult to accept; for many physicians, such is the case with cannabis medicine.  After nearly 80 years of warnings about the dangers of cannabis and all of its’ risks, it is difficult to simply reject everything we have been told and embrace it for it’s therapeutic potential.

That is exactly what I am asking my fellow physicians to consider doing.  Slowly.  Gradually.  Perhaps not a full ‘embrace’ to start with, but if we as physicians can stop flatly rejecting the possibility that cannabis may offer many patients something better than they currently have, that would be a good start.  Saying things like, “we need more research” may be a comfortable way to guise our lack of knowledge about cannabis as medicine, but the facts are that there is an abundance of compelling research already, documenting first and foremost, the safety of cannabis, and secondarily it’s efficacy at treating many conditions.  There are nearly 20,000 publications on Pubmed.gov, and yet the endocannabinoid system is taught in less than 15% of medical schools today.  It seems that old stereotypes die hard.

A slow death to the cannabis stereotypes may not be a bad thing.  Physicians should be cautious, even skeptical about new therapies and technologies.  Including when they come wrapped up in pharmaceutical packaging, with promises of better outcomes, and hefty price tags.  Early adopters of changes are either geniuses or fools. Only time affords those determinations; but with over 33 states offering medical marijuana programs for patients, it is certainly safe to say that we cannot be called early adopters.  I’m right within my comfort zone as an advocate for and believer in medical cannabis in Texas in 2019.

In full disclosure, I have a very traditional, conservative medical background.  I was trained through the military and served on active duty in the United States Air Force for 8 years after residency; I worked as teaching faculty at Wilford Hall Medical Center training ob/gyn residents during that time.  Since leaving the military almost ten years ago, I have been in private practice, and I have treated tens of thousands of patients during my career thus far.  My father was an infantry officer in the United States Army, and he maintained a zero-tolerance policy for many things at home, especially illicit drugs.  In short, I have not always been a believer in medical cannabis.

My professional evolution into cannabis advocacy began innocently and out of curiosity.  I began studying cannabis medicine through online courses and books in 2016, after hearing a prominent speaker at a conference mention its’ health benefits. What I have learned about cannabis and about the endocannabinoid system; as well as the role of cannabinoids in modulating disease processes in our bodies has caused me to challenge everything that I formerly believed.  The results I have seen in my patients; that I am aware of in other patients and that I have experienced in my personal health has made me certain that cannabis medicine is one of the two most exciting fields of study currently in the field of medicine.

Despite my personal enthusiasm, I am very aware that the majority of physicians in practice are still unaware of the existence of the endocannabinoid system (ECS) within our bodies.  I am still surprised by the negative beliefs that so many physicians have about cannabis medicine that are not based on the scientific evidence about it.  Many of them respond critically, even hostilely to questions about their opinions on cannabis medicine.  I have even had one physician friend express to me, her fear of losing her medical license if she were to so much as speak publicly about cannabis medicine.

If doctors don’t know about the existence of the ECS, how can they possibly know how cannabinoid medicines act within our bodies to promote health?  Without readily accessible continuing medical education on cannabis medicine physicians won’t be able to offer informed opinions to their patients, and access for patients will be limited.  Physicians’ time is a precious, scarce resource and there are so many demands placed upon it, that cannabis medicine may not seem like an important priority for many doctors.   From the patients’ perspective, the potential benefits are promising; yet there is so much hype and information (both valid and otherwise) available online that more reliable sources of information are needed.  At Lone Star Life Sciences we believe that physician education is a top priority for Texas.  Without broader awareness, the cycle of misinformation will be perpetuated.  Without better educational opportunities, doctors won’t be aware of all the tools that exist to help their patients.  Developing educational resources to meet physicians needs is one of our primary goals.

About a year ago, I changed my professional path.  It is important for me to practice medicine in a way that allows me to grow professionally while positively impacting patients’ lives. Part of this transition has been advocating for medical cannabis awareness in Texas.  This work with both political and patient advocacy groups has been extremely rewarding.  I have seen too many patients who have tried everything conventional medicine has to offer them without obtaining the relief they are seeking.  Cannabis is not a miracle drug, though it may offer profound benefits for many.  More research is needed, but there is currently adequate science to support an expanded medical cannabis program in Texas.  We have an opportunity to look at what the other states have done well, and to learn from the mistakes that they have made in their medical programs.    The legislative session is currently underway and significant changes in cannabis laws are expected to pass this year.  Texas will move forward slowly and carefully and not simply dive in as some states have.

From a clinical standpoint, this is simply the latest paradigm shift for doctors to accept, as new science sheds light on how this ancient botanical remedy works.  Cannabis appears poised to resume its’ place in the American Pharmacopeia, where it was listed for nearly a century before it’s prohibition.  As doctors learn more about the endocannabinoid system they will ultimately accept, and perhaps embrace cannabis as medicine. 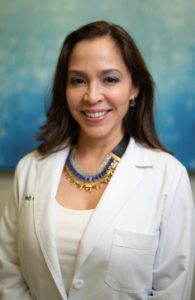 For more information on Dr. Wendy Askew, her services and The Whole Truth, please visit, drwendyaskew.com.