A disturbing chill reverberated through America’s healthcare system on May 12, 2016 as medical professionals read the shocking report in Becker’s Hospital Review: MD Anderson blames EHR costs for 56.5% drop in income. “It couldn’t be,” we shuddered. But one all-too-short quarter later, the same source confirmed our fears with an even more petrifying: MD Anderson points to Epic implementation for 77% drop in adjusted income. Epic is the well-known EHR (electronic health record) software platform MD Anderson Cancer Center transitioned to in March 2016. Although EHR implementations have systemically caused operational and financial stress across healthcare entities, MD Anderson’s quantified losses as attributed directly to their EHR catalyzed overwhelming fear. By January 5th, when every major national news outlet reported some variation of the headline: MD Anderson Cancer Center to cut 1000 jobs due to losses from EHR, doctors and administrators everywhere sat aghast wondering, “If MD Anderson can’t make it work, how can we?

So why did MD Anderson’s news launch the entire healthcare industry into cardiac arrest? One key factor was the defined and measured financial impact published in the headlines. Although most healthcare facilities can tell you they have experienced a high cost to acquire and “meaningfully use” an EHR system, many do not have the depth and breadth of accounting resources to distill an exact bottom line impact. They instead look for data from resource-backed places like MD Anderson to use as a benchmark from which their own outcomes can be reasonably predicted. If this were the new baseline, they would need life support.

Further resounding the doom-doom-doom was the industry expectation that MD Anderson should, quite frankly, be able to do it better. They not only had the benefit of 476 staff members on their IT team during their planning phase in 2015, they also had access to multiple revenue streams outside of patient care. In fact, 19.2% of MD Anderson Cancer Center revenue in 2015 came from donations, grants, state funding, tuition and parking fees, investment income and dining revenue. To most private practice physician groups and for-profit hospitals, this meant MD Anderson had access to a whopping  “cushion” of $863,908,077 that they wouldn’t be afforded.

So what exactly caused their tragedy? The news articles reported the following reasons:

But wait! This is where the story abruptly changes. I don’t doubt that the adjusted income figures MD Anderson reported are valid. But something gave me pause to ask: “Has anyone validated the assumptions connecting their putrid bottom line directly up to the “Epic” claims?” At that moment I knew I had two options – either pack up my bags as a healthcare consultant and move to a country where EHR’s weren’t about the kill the financial viability of every one of my clients, or do one of the things I love most – open my MacBook and do a little research and number-crunching.

Fascinatingly, when I looked at the data I couldn’t find an increase in the number of full time employees before, during, or after the March 2016 implementation. Nor did my much-loved, oft-used version of Excel calculate a higher cost for each new IT staff member. In fact, my calculation suggested just the opposite. And finally, when I extrapolated the consulting fee data to a full year both before and after implementation, the year-over-year increase in expense was less than the 2014 to 2015 increase between non-EHR years. I was beginning to think all the finger-pointing in the news may be been an epic oversight…

The Texas Tribune has an incredible database of publicly reported information. Specifically, they have data on the positions, number of employees, and salaries within many government institutions. One of those institutions happens to be the MD Anderson Cancer Center. This means we can easily get verified data for MD Anderson by department. A quick download, sort and filter of the 585 departments at MD Anderson yield 8 associated with IT or the EHR. As of May 26th, 2016, there were 476 staff members employed within these 8 divisions, 57 of whom had been employed 1 year or less. The published news reports suggest that these 57 new hires were required as an increase over the “normal” number of staff in the IT department. This initially made sense, but then I started thinking, “Wait! Wasn’t there any attrition? There had to be!” I needed a way to figure out how many of the 57 new hires were additions over the baseline and how many were simply replacing people who had left. A quick trip over to the State Auditor’s Office gave me just what I needed – turnover rates by year for MD Anderson staff that excluded administrators and doctors. Average staff turnover per year from 2010-2014 was 12.4%, without any significant year-over-year differences. With that figure in hand, I easily calculated naturally occurring attrition from the IT department of 59 employees. In my fancy spreadsheet, 57 new hires to replace 59 departures equals more staff. Things that make you go hmmm…

If the cost overruns couldn’t be attributed to an additional staffing requirement, they must have been caused by the increased salary demands of the new, “much more talented” IT staff they had to hire, right? Oh contraire, my friend. A tiny exploration into that same darn public report on staff salaries shows that IT staff at MD Anderson who have been employed 1 year or less actually earn 8% less on average than IT staff members tenured between 1-10 years. By my calculations, those 57 new hires actually saved them about $1.8 million!  Doesn’t anyone look at this stuff?

Consultants are a natural scapegoat; so let’s have some fun with this one since MD Anderson and the news so nonchalantly threw us into the mix. A cursory glance at MD Anderson’s publicly published “Expenditures by Natural Expense Classification” from FY 2015 and FY 2016 does reflect a 15.9% year-over-year increase in consulting fees. But this consultant couldn’t just stop right there because MD Anderson’s fiscal year ended August 31st, 2016 so I knew by now there must be additional data available. I found a report that showed actual consulting expenses in the last quarter of 2016, which was still only 6 months after implementation of the EHR. Extrapolating this figure through one additional quarter gave me enough data to project consulting expenses for a full year before and a full year after implementation, and then compare the increase to “normal” annual increase percentages from prior years. This yielded an annual consultant expense increase of closer to 5.4%, which is actually lower than the 6.7% “normal” increase between FY2014 and FY2015. Whew! I might still have a job next year after all!

So if it’s getting a lot harder to point the finger at Epic for MD Anderson’s financial woes, who is to blame? You might just have to hire a darn consultant to find out… 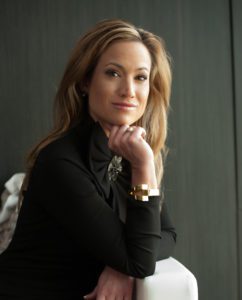 Cynthia Hutchingson is the President of CynEX Consulting, a business healthcare consultancy based in Austin, Texas. Click here to read more.