With his impressive background and achievements to date, Mr. Fox brings more than 20 years of experience from Baylor Health Care System to his current position. While at Baylor, Fox served as president of Baylor Medical Center at Waxahachie, where he led the organization during a time of significant growth and recognition. The numerous awards and developments accomplished under Mr. Fox’s lead only further his devotion to the Baylor Scott & White name. 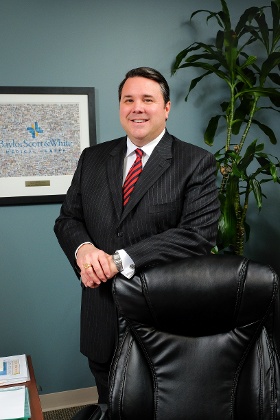 During his time at Waxahachie, Fox played an instrumental role securing assorted awards and recognitions of superior service. These include the Pathway of Excellence designation, the Texas Award for Performance Excellence, the Thomson Reuters 100 Top Hospital Award and the Consumer Reports rating as the Safest Hospital in north Texas, making it the third safest hospital in the entire state of Texas. As if that was not enough, Mr. Fox was a key party in the development of the hospital’s replacement facility, Baylor Scott & White Medical Center-Waxahachie, which opened in the fall of 2014.

With modesty, Mr. Fox details the awards received while he served as president at Baylor Medical Center at Waxahachie. “Baylor Scott & White Medical Center-Waxahachie has always placed a priority on providing the community with excellent medical care and outstanding service. Our patients are our priority and award-winning, quality healthcare is what they deserve,” explains Fox to Texas MD. Without any doubt, Mr. Fox feels this way about Baylor Scott & White Health Austin-Round Rock Region, and according to history and track records, it appears that Mr. Fox will continue striving for excellence, along with the exceptional team in  Austin-Round Rock. There is no doubt that in the near future, more awards and recognitions will be given to the central Texas region that Mr. Fox serves as president.

In 2009 and 2010, The Texas Award for Performance Excellence, from the Texas Quality Foundation, recognized Baylor Scott & White-Waxahachie for its well-deployed, effective, systematic approach to organizational management with good performance levels and trends evaluated against industry standards. 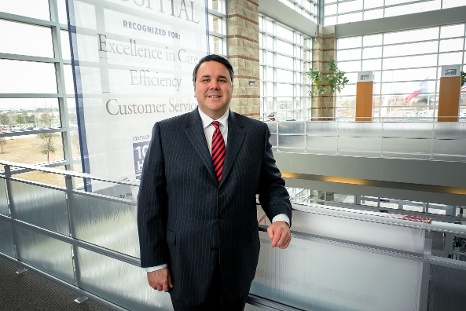 In early 2014, Baylor Scott & White Medical Center at Waxahachie was ranked the safest hospital in north Texas, according to Consumer Reports. The well-known, product testing organization used federal data to grade 2,591 U.S. hospitals, including 47 in the region, on their performance preventing deaths, infections and readmissions, along with the appropriate use of diagnostic scans and the quality of communication with patients. “The study found that patients have a 34 percent better chance of surviving a serious complication in the top-rated hospitals than they do in low-rated institutions,” says Fox. It is an advanced medical center to care for the Ellis County community for generations to come, and it was the first hospital in north Texas to carry the Baylor Scott & White name.

Putting all the awards, achievements and recognitions to the side, Mr. Fox has also served on the boards of many professional and nonprofit organizations. He says, “Most notably, I was a nominee for the Young Healthcare Executive of the Year Award, and I was included on the Dallas Business Journal’s prestigious ’40-Under-40′ list.” Jay Fox has also served on the Dallas-Fort Worth Hospital Council Board as Chairman, the Dallas Summer Musicals board and executive council, the Dallas Area Rapid Transit (DART) Citizen’s Advisory Board and many others, including a recent election to the Board of the ZACH Theatre in Austin.

Mr. Fox has truly enjoyed relocating to the Austin-Round Rock Region and tries to find time to partake in some of the activities offered to residents and visitors alike. But the majority of his time is spent at Baylor Scott & White Austin-Round Rock. “I am very excited to be here and truly impressed with the staff and leadership.” Mr. Fox continues, “In 1986 we opened our first clinic in the area and now have more than 14 clinics. Legacy Scott & White has a long tradition of providing comprehensive, highly-personalized healthcare to residents of Williamson and northern Travis counties on a campus that features a primary care clinic, multi-specialty clinics and a full-service hospital that opened in 2007.”

Being among the first senior executives in the Baylor Scott & White system to relocate from north Texas to central Texas, Mr. Fox brings his leadership experience from Baylor to Legacy Scott & White. “We have over 2,000 employees in the Austin-Round Rock Region alone and more than 190 medical providers here. I want to see us continue to grow to serve our communities,” says Fox eagerly. And there is absolutely no doubt that Mr. Fox will be on the forefront of this growth throughout the region, providing only the highest form of excellent medical care to central Texas.

With great pride, Mr. Fox explains what he wants to accomplish: “Historically, we have had a strong presence and reputation for serving our communities in northern Travis and Williamson counties. And, my responsibility as President of the Baylor Scott & White Austin-Round Rock Region is to build on that presence and meet the needs of patients in local communities that make up a five county region.” He goes on to say that in the “short-term, I want to understand and help my team fulfill our mission to serve our patients as well as the Baylor Scott & White Quality Alliance.” Currently the Baylor Scott & White Quality Alliance is developing an integrated organization of employed and independent physicians, hospitals and other providers of care. Their mission is to improve quality and reduce overall cost of care for patients and communities they serve. 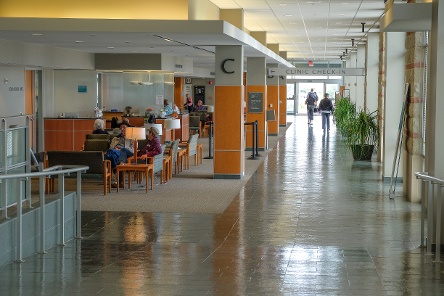 Mr. Fox loves seeing the difference Baylor Scott & White Austin-Round Rock’s medical community makes in patients’ and their family’s lives every day. “We are committed to providing quality care and service to our patients with optimal outcomes. Our patients are our priority and award-winning, quality healthcare is what they deserve,” says Fox, adding that, “It makes me proud that our Round Rock hospital facility is ranked as a Top 100 by Thomson Reuters.”

Building on their legacy of superior service and placing patients first, the future for Baylor Scott & White Health looks bright. And with Mr. Fox at the helm, Baylor Scott & White’s Austin-Round Rock Region will undoubtedly have a growing and lasting impact in their community for years to come.