Dr. Jimie Dianne Owsley finished high school early and joined the Army in January 1989 to escape the gangs, drugs and violence of the Southside of Chicago. Completing basic training at Fort Dix, New Jersey in 1989, she went on to advanced individual training (AIT) at Fort Sam Houston, San Antonio and completed the 91 alpha. Dr. Owsley was not destined for college, but while in training, she had the opportunity to take the SAT and subsequently apply to college.

She was accepted into Chicago State University in the fall and continued to serve in the National Guard with the 708th Ambulance Company in Chicago, Illinois. It was during this period she earned the humanitarian award for participating in the medical mission during the Great Mississippi flood at 22-years-old. In college, she was active in ROTC and was awarded the Health Professions Scholarship to attend medical school.

Dr. Owsley, finished her National Guard service as an E-4 medical specialist and received a direct commission as a second lieutenant in the U.S. Army upon entering the Chicago Medical School. Dr. Owsley earned a master’s degree in pathology at the same time as her medical doctorate. “It was always important and more meaningful for me to know how and why a process started, like disease, in order to fix it,” Dr. Owsley explained. 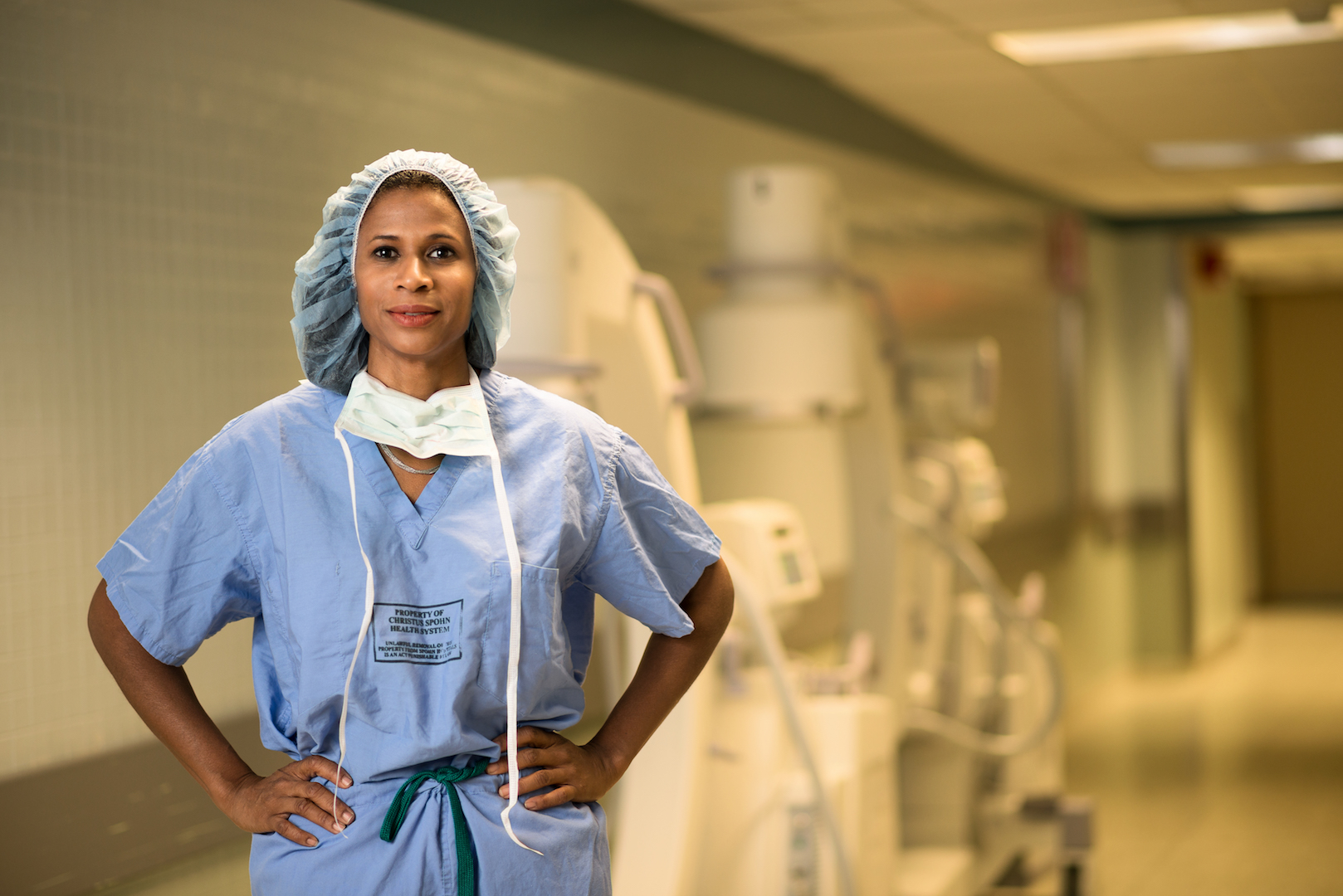 After medical school, Dr. Owsley matched with her first choice, Walter Reed Army Medical Center in Washington D.C. She was destined to become a general surgeon while stationed with U.S. Army, Bravo Company, Walter Reed Army Medical Center in 1997. There she continued to prepare herself with additional duties such as Teaching Fellow in Surgery at the Department of Surgery Edward Hebert School of Medicine and research at The Uniformed Services Health Sciences School on intravenous immunoglobulin attenuates mesenteric-ischemia reperfusion injury in addition to taking research classes at the National Institute of Health. Upon graduating, she was awarded the top Erskine Award for the most outstanding graduating resident.

“It was always important and more meaningful for me to know how and why a process started, like disease, in order to fix it” -Dr. Jimie Dianne Owsley 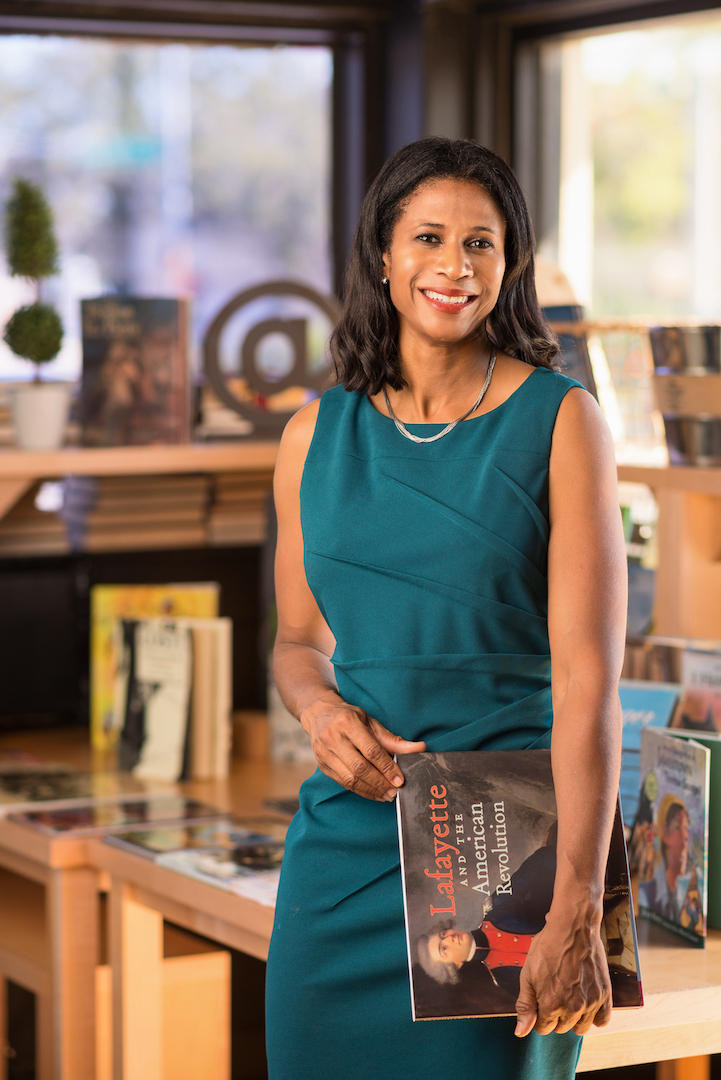 The years at Walter Reed were truly inspirational, laying the foundation for a successful career. Dr. Owsley went on to work at Fort Benning, Georgia for three years at Martin Army Hospital as a staff general surgeon, among other duties such as Interim Chief of General Surgery and Chair of the Committee on Cancer.

While at Fort Benning, Georgia she was deployed to Iraq in 2003. “I arrived in country not knowing what to expect. We flew into Balad via Kuwait, and I was placed in the back of a five ton truck with a Kevlar helmet, driving down dirt roads at high speeds trying to avoid being attacked. We arrived in Baghdad with obvious signs of the war torn country. We went through military checkpoints with M60 machine guns on site, and I arrived at the combat support hospital (CSH) ready to work. I was a new graduate but very well trained and confident I could perform surgery under any conditions,” Dr. Owsley recalled. Dr. Owsley was eventually transferred to Tikrit and worked in tents and DEPMEDS, deployable medical systems, which housed the operating rooms.

“Triage was the most difficult part because it is in my heart to never give up. But I was painfully aware of our limited resources, such as blood, and the risk of increased causalities if not used wisely” -Dr. Jimie Dianne Owsley

Dr. Owsley worked as much as she could even when she was not on call, “because I wanted to help as many soldiers as possible.” She volunteered to stay with the next unit, the 31st CSH without returning home, “and was glad I did.” By this point, Dr. Owsley was a seasoned war surgeon and had opportunities for humanitarian missions and air evacuation missions to Germany, and “I made the time to collect injury data for the military trauma registry,” Dr. Owsley shared. 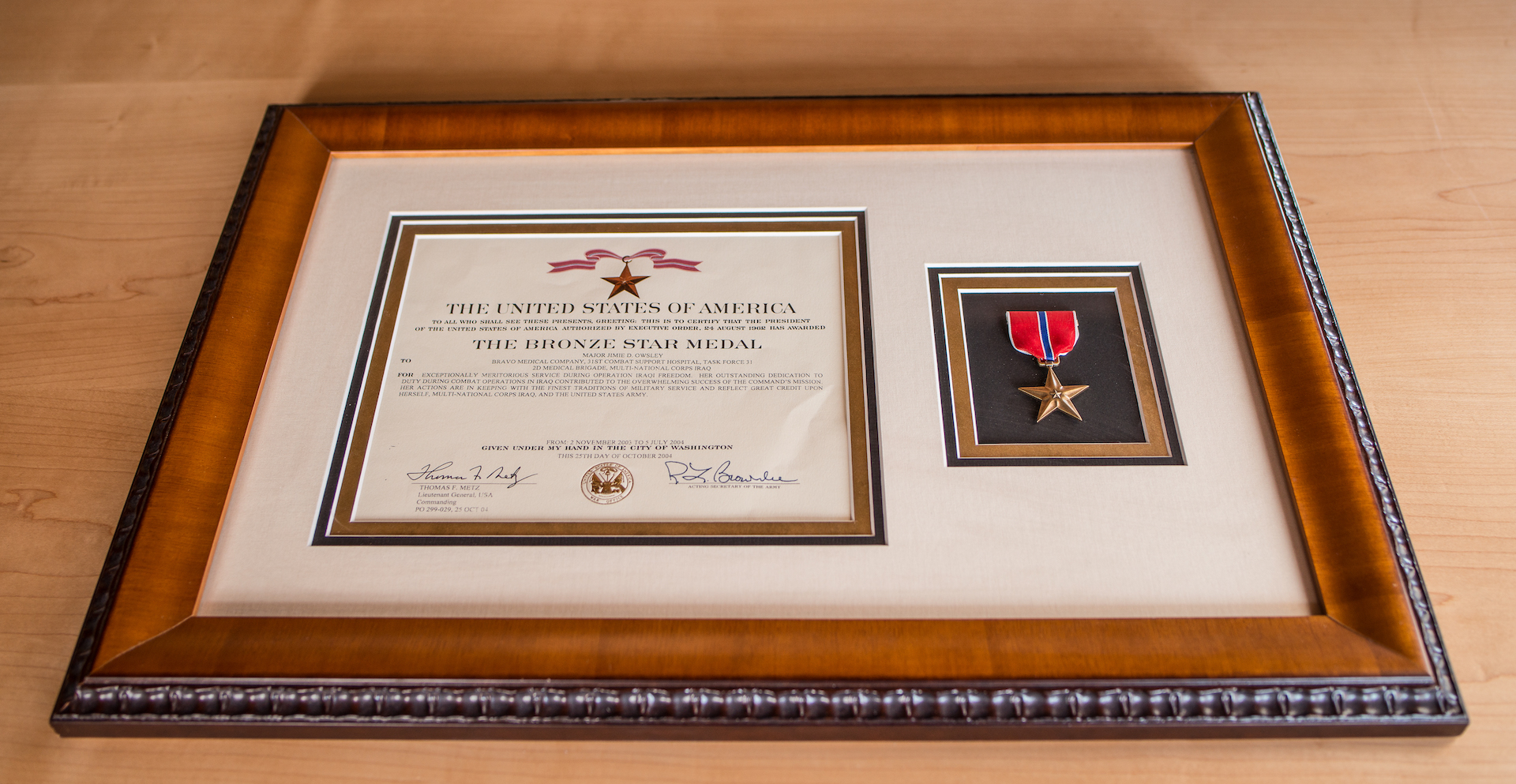 “Triage was the most difficult part because it is in my heart to never give up. But I was painfully aware of our limited resources, such as blood, and the risk of increased causalities if not used wisely,” Dr. Owsley said. Dr Owsley insists it will always be one of the most important services she will do in her life. “I gave everything I had to help preserve the life and dignity of Americans, both civilians and military. I worked hard and took care of many amazing soldiers, and I will never forget them,” Dr. Owsley shared proudly.

Dr Owsley returned home a changed woman, so grateful for the country we live in, but reflective of the grave sacrifice many gave to protect our freedoms. “I have a stronger sense of patriotism and service to others because of it,” Dr. Owsley said.

“I gave everything I had to help preserve the life and dignity of Americans, both civilians and military. I worked hard and took care of many amazing soldiers, and I will never forget them” -Dr. Jimie Dianne Owsley

Currently, she serves as a trauma-critical care surgeon at CHRISTUS Spohn Health System in Corpus Christi, and since 2007, she has owned a private practice called Surgical Consultants. She ran for city council to employ her education, experiences and passion for helping people to shape city policy to better incorporate issues of public health and safety in planning and developing the community she feels so privileged to have.