Originally from southern Wisconsin, Dr. Paul Shaughnessy has devotedly served his nation and patients with the mission to provide extraordinary care to his community. The young Dr. Shaughnessy eventually moved to Gary, Indiana, at the time he started high school, for his father’s job.

“For my wife, family, and to have this job opportunity, there’s no other place in the world for this” -Dr. Paul Shaughnessy

Following his six years of extensive training, Dr. Shaughnessy began working at Wilford Hall Medical Center as a staff hematologist-oncologist doing bone marrow transplants from 1997 to 2001, and he also worked as an assistant professor of medicine at the Uniformed Services of the Health Science. In June 2001, Major Shaughnessy ultimately separated from the Air Force. After 9/11, Dr. Shaughnessy thought he might be called back to service and considered volunteering to go back in, though he learned that through his work at the Texas Transplant Institute the organization as a whole was doing substantial work to support the military personnel at Wilford Hall, such as seeing a number of soldiers who were bone marrow transplant patients.

Following his separation from the Air Force, Dr. Shaughnessy joined the Texas Transplant Institute and worked alongside Fred LeMaistre, a renowned oncologist and transplant specialist who actually started the program. Together with Dr. LeMaistre and Dr. Carlos Bachier, Dr. Shaughnessy continued to learn and refine his knowledge and skillset. Today, Dr. Shaughnessy is the Program Medical Director of the Adult and Pediatric Bone Marrow Transplant Program. The program Dr. Shaughnessy directs is unique in that it is a private program in a private hospital that conducts world-class research with the support of a hospital system that understands the importance of bone marrow transplant for the community. 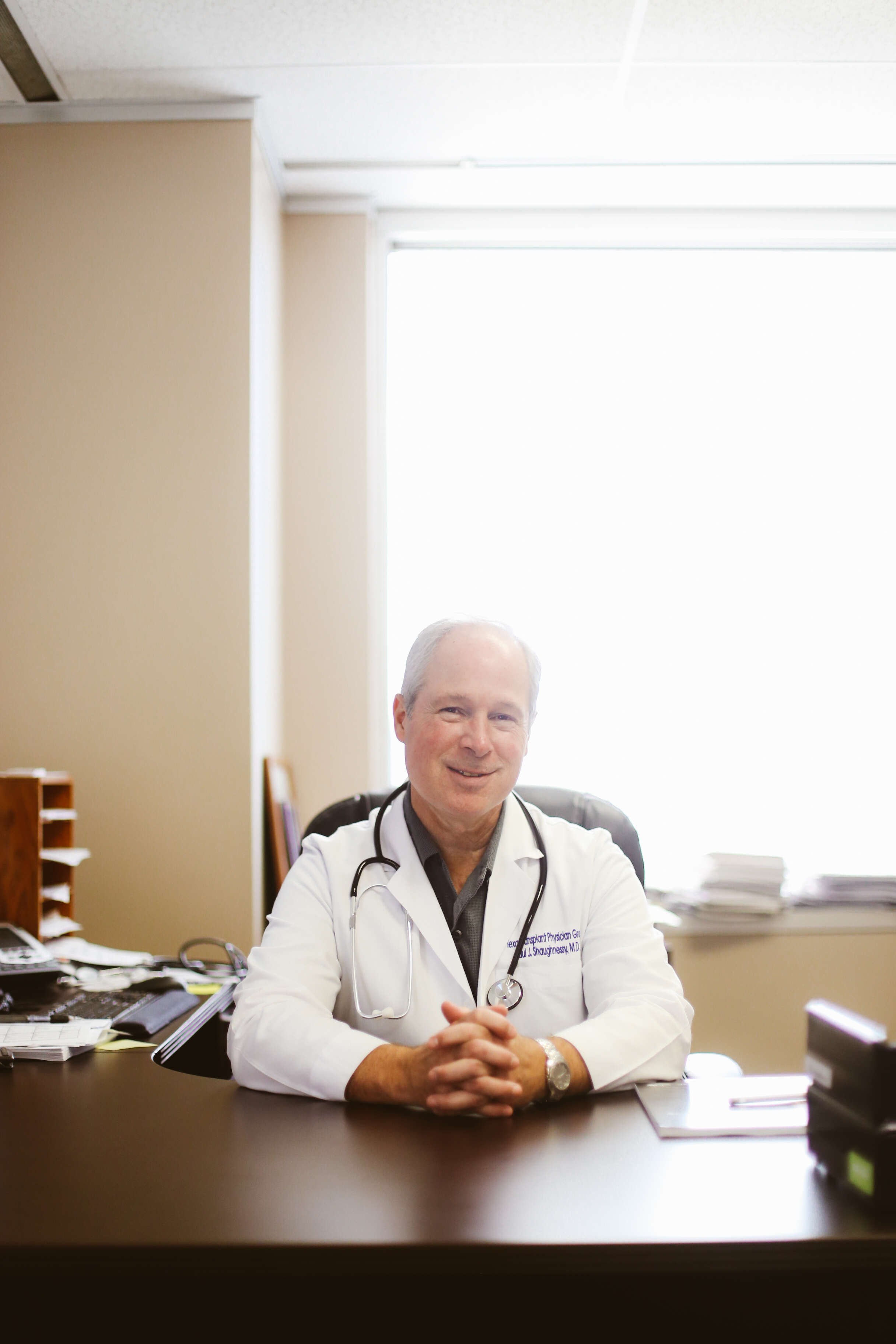 This allows Dr. Shaughnessy and his associates to provide individualized care that is defined by their state-of-the-art technology, exceptional nursing staff and cutting-edge care. “For my wife, family, and to have this job opportunity, there’s no other place in the world for this,” Dr. Shaughnessy shared with a smile.

With over two decades of experience in the field, Dr. Shaughnessy is a peer to some of the world’s most renowned hematologist-oncologist and bone marrow transplant specialist. Indeed, he still works with his mentor Fred LeMaistre on a national level to further research and bring more awareness to the need for bone marrow specialist. Under his guide, the bone marrow transplant program has flourished and continues to carry on a tradition of extraordinary service to the community. Dr. Shaughnessy’s program has extended across the region and opened two satellite clinics in Austin, a new clinic in McAllen, which is sending four patients to receive transplants, and a monthly clinic he conducts himself in Corpus Christi.

By creating these outreach programs and satellite clinics, Dr. Shaughnessy is gaining ground on his goal to establish the program as a world-class bone marrow transplant, hematologic malignancy center for all of South and Central Texas. Fueled by his passion for excellent service for his patients, Dr. Shaughnessy will undoubtedly succeed in his mission to establish a renowned program that will serve all of South and Central Texas.