San Antonio, Texas; Geneus Health announced this week that after years of intensive review, they’ve completed the final process and have been issued a patent by the U.S. Patent Office, with an unprecedented twenty-two claims being accepted. Geneus Health is the only company solely focused on genetic addiction risk assessment and management. Company officials believe that with over 110 million Americans born with a genetic predisposition to addictive behaviors, this approval is the first step in curbing the national drug epidemic and saving people’s lives from drug overdoses.

GARS™ is the product of over 30 years of intense research and extensive analysis of the genetic link to addiction, performed by preeminent scientist Dr. Kenneth Blum.

Dr. Blum had this to say upon receiving his rare patent: “Following our seminal findings, published in JAMA in 1990, of the first gene variant to associate with severe alcoholism, thousands of studies have confirmed this discovery and identified many other DNA variants that were subsequently used to develop the now commercial Genetic Addiction Risk Score (GARS™) test for risk of Reward Deficiency Syndrome (RDS).  GARS™ was the first genetic testing patent awarded since 2014 when the Supreme Court invalidated Myriad’s breast cancer gene test. Our USPO GARS™ patent was issued on 9/11/18 – very exciting.”

From a simple cheek swab, the genetic test analyzes the genotypes and alleles most closely associated with addiction and other RDS behaviors. With striking precision, the GARS™ test reveals a comprehensive report identifying an individual’s potential risk and severity of alcohol and/or drug addiction as well as other RDS behaviors.

Justin Jones, CEO of Geneus Health, said the consumer response to GARS™ has been overwhelmingly positive. “People have told us they wished they’d had this information earlier so that they could make better and healthier lifestyle decisions including issues around drug and alcohol misuse. Others say the GARS™ test results allow them to make better decisions with their healthcare provider. Parents have especially responded well, saying the information from the GARS™ test provides them with valuable information to help them create an environment more suited for a child with a high-risk score.”

Dr. Blum and Geneus Health are confident that the Genetic Addiction Risk Score (GARS™) has the unique ability to help curb our nation’s drug epidemic by preventing addiction and providing substantial therapies for a long and healthy recovery.

Geneus Health, LLC is a genetic testing center located in San Antonio, TX. Our mission is to provide the powerful science and technology to improve addiction medicine and management for people everywhere. 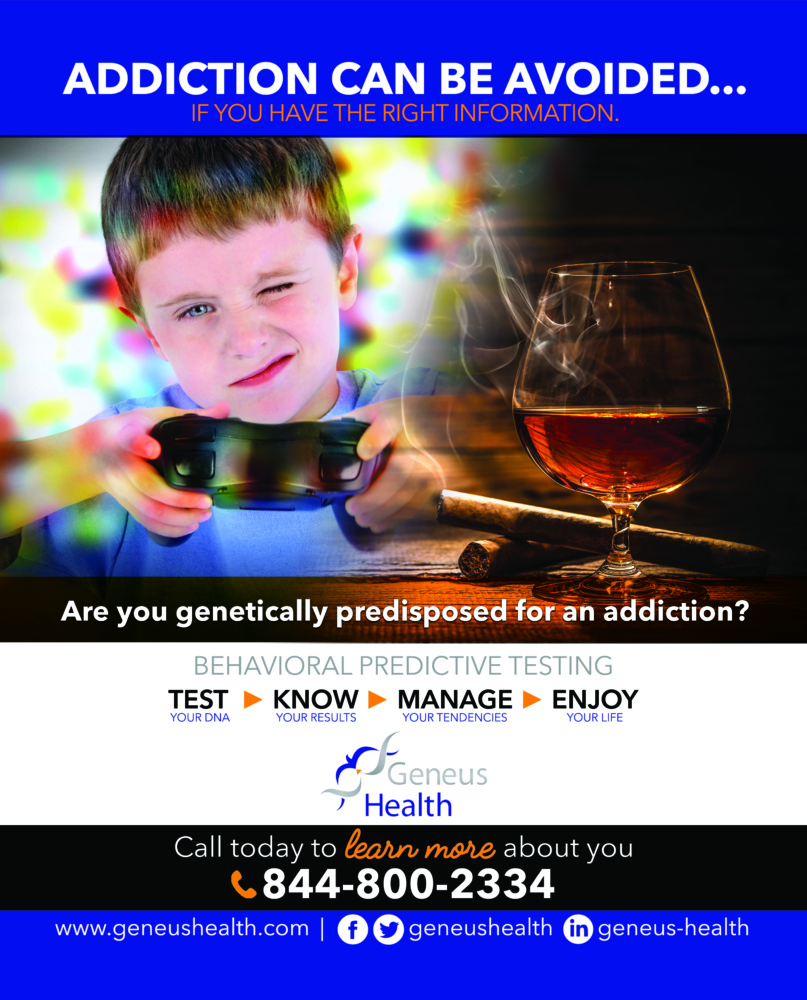