Currently, there are over 52 million United States citizens who are enrolled in Medicare. From October 15th to December 7th, known as the Annual Enrollment Period, these beneficiaries have the ability to modify, drop or switch their plans, potentially saving thousands of dollars in medical expenses over the next calendar year, beginning in early January. Those who are eligible for Medicare are undoubtedly receiving incessant contact from the different providers during this time in the form of phone calls, mail-outs and emails, while many others have likely seen dozens of television commercials promoting various different plans. Despite the current marketing frenzy, the 2015 Annual Enrollment Period has been one of the slowest in Texas over the past several years in terms of activity.

Kem Anderson, a Senior Medicare Advisor with AARP/United Healthcare in the North Texas region, says that the lull in activity stems from a couple of different reasons. As was mentioned earlier, the marketing storm is fierce at the moment, and while some eligible enrollees may find it helpful, this constant bombardment can potentially have an adverse effect on others.

“By nature, many seniors are reticent about changing their Medicare coverage, especially with so many options to choose from,” Anderson said. “But shopping around may be very beneficial in terms of cost savings for the coming year.”

Furthermore, Medicare is not uniform due to its four major components and how they vary from person to person, based on health conditions and other personal preferences. Different plans from different companies offer various levels of coverage that can benefit certain individuals more than others, but many people will fail to properly understand which plan is truly best for them based solely on advertisements from companies whose primary objective is to enroll as many people as possible. “If you seek help, try to get a recommendation from an independent advisor who specializes in Medicare,” said Anderson. “That way, you can be sure you are hearing an objective opinion, rather than one from an agent who is trying to get you to enroll with their company.”

Understanding what is covered under each part of your Medicare plan and which external factors influence that coverage is the key to making the best personal choice when looking over your options during the Annual Enrollment Period. Plans are virtually guaranteed to change from year to year, so it is important that those looking to make changes to their coverage are up to date with all of the current nuances of the plans they are most seriously considering. Each component of Medicare, which we will discuss below, is subject to federal and state laws, national coverage decisions made by Medicare, and local coverage decisions made by local companies that process claims for Medicare.

“Currently, there are over 52 million United States citizens who are enrolled in Medicare”

Medicare Part A focuses on hospital care, skill nursing facility care, home nursing, hospice and home health services. Based on existing medical conditions, or lack thereof, some people could be paying more than they need to for these services, or are not adequately covered based on issues that could arise in the future. Anderson suggests that potential enrollees look for hidden costs associated with skilled nursing and rehabilitation. “This hits many people hard if they become ill and need a lot of follow-up therapy,” he said.

Medically necessary services and supplies, as well as preventative healthcare services, are covered by Medicare Part B. These services include clinical research, ambulance services, durable medical equipment (DME), mental health services, second opinions before surgery, outpatient prescription drugs, and healthcare to prevent or detect disease. Medicare generally covers these services when they are deemed necessary, with those on Advantage plans or other Medicare plans sometimes abiding by a different scope of rules. This specific part of Medicare is obviously much more relevant and beneficial for some enrollees than others, and it is imperative for some individuals to determine whether an Advantage plan is necessary to cover all of their needs. Anderson explained, “Doctors are under tremendous pressure due to Medicare cost cuts. Call ahead and make sure your doctors will accept your plan for 2016; don’t get blindsided.”

“By nature, many seniors are reticent about changing their Medicare coverage, especially with so many options to choose from…But shopping around may be very beneficial in terms of cost savings for the coming year.”

Part C of Medicare focuses on Medicare Advantage plans, which are offered by private companies approved by Medicare and generally include all aspects of enrollees’ medical coverage. All advantage plans must follow the rules set forth by Medicare, but different plans charge different out-of-pocket rates for various costs and some offer more coverage than others. It is usually very beneficial for those interested in Medicare Advantage plans to shop around and compare options, as many different companies offer multiple plans with varying benefits. “Advantage plans have become very popular, but you need to research and make sure specific plans fit your medical needs. Medicare.gov is an excellent tool that can help you compare costs and benefits associated with different plans,” explained Anderson.

“ are becoming the most expensive part of Medicare for many seniors” 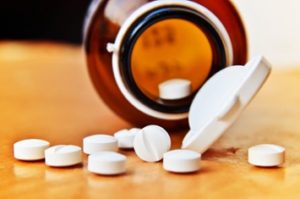 plans are the sole focus of Medicare Part D. Perhaps more so than with any other aspect of Medicare, it is important to understand how costs will be affected by enrolling in a traditional plan versus an Advantage plan to cut costs. Some seniors spend thousands of dollars per year on , and could stand to cut down on a significant portion of out-of-pocket costs with the proper drug coverage. This particular aspect of Medicare is entirely based on individual needs, and Anderson has created an easy way for his clients to determine the best course of action. “ are becoming the most expensive part of Medicare for many seniors,” Anderson said. “Again, compare regular Medicare Part D plans with Advantage plan options, but it is a bit trickier in this case because prescription drug changes can often result in one’s entire plan changing. Be careful. Drugs alone are not usually the best reason to change a plan if all else is working.”

As you can see, the best course of action concerning Medicare choices varies from person to person on nearly every matter. Despite the fact that many enrollees can preserve copious amounts of money by exploring their Medicare options, many elect not to take action because of a lack of knowledge on the subject. Finding the plan best suited to an individual’s needs is relatively simple when gone about the right way, but making enrollees aware of what is at stake is the first step.