Dr. Miltenburg is a highly sought after physician and surgeon specializing in the treatment of breast cancer and otherbreast diseases, with a focus on women. She is committed to providing compassionate care to her patients and dedicated to finding new, innovative methods of treatment, such as brachytherapy which shortens radiation treatment. Her research has been published in many medical journals, and her opinion has been featured in various articles. Considered an expert in her field, patients under Dr. Miltenburg’s care have a low reoccurrence rate. 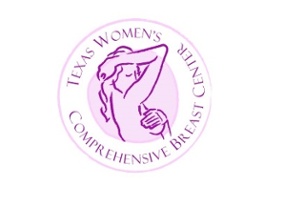 For the past several years, Dr. Miltenburg has taken her practice to new heights with breast cancer prevention. Through genetic testing of the BRCA gene, doctors can now determine which patients will get cancer based on their genetic history. “Genetic testing is becoming more and more common,” stated Dr. Miltenburg. “Looking at the history will allow us to see if the cancer came from someone in their family or if they got it on their own.”

The most common story of genetic testing is that of Angelina Jolie. She discovered she had the BRCA gene and was at high risk, so she had a mastectomy. This has become a very common practice in family members of former cancer patients. By taking the preventive measures, the chances of getting the disease decrease to almost zero.

“Looking at the history will allow us to see if the cancer came from someone in their family or if they got it on their own”– Dr. Miltenburg

If someone discovers they have the BRCA gene, there are several methods of pre-treatment. For example, for a patient at risk for breast cancer, there is the option of a mastectomy, which is the most common. For patients who choose this option, Dr. Miltenburg and a plastic surgeon develop a plan together to remove the breast and then perform reconstructive surgery using fat from the tummy or implants, whichever the patient chooses. For patients with the BRCA gene, removal of the breasts and reconstruction is covered by insurance. The next option would be to take Tamoxifen for a span of five years, during which Dr. Miltenburg monitors the patient closely. This cuts the risk of breast cancer in half. The third option would be to do nothing and go for frequent check-ups in an effort to catch the cancer quickly. 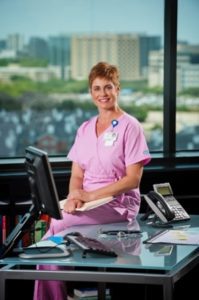 However, it is important to note that genetic testing does not just test for one specific cancer. If mutations other than BRCA genes are detected, Dr. Miltenburg refers the patient to a specialist so that they can receive the appropriate preventive care. “Genetic testing isn’t done on everyone,” Dr. Miltenburg explained. “We base it on the family history.”

She chose to pursue this testing in an effort to assist those with a history of cancer and prevent the onset. There is no minimum age or limit for the testing, but she does not allow younger patients at risk for breast cancer to get a mastectomy until later in life if possible. Because breast cancer and ovarian cancer are linked, she wants the patient to have a chance to start a family.

Hailing from Canada, where she completed the majority of her studies, Dr. Miltenburg relocated to the U.S. and began a surgery fellowship at Baylor College of Medicine in Houston. Later she was invited to join the Baylor faculty as assistant professor of surgery. In 2002, she relocated to Temple, Texas, where she worked at Texas A&M as a professor of surgery and Chief of Breast Surgery at Scott and White. She stayed there for 10 years and handled 700 surgeries every year. During her time at Scott and White, Dr. Miltenburg played a key role in obtaining the National Accreditation Program for Breast Centers.

In 2011, she relocated back to Houston where she became the Medical Director of Texas Women’s Comprehensive Breast Center. Dr. Miltenburg has been practicing medicine for more than 20 years and continues to excel in her practice. Dr. Miltenburg is certified by The Royal College of Physicians and Surgeons of Canada and The American College of Surgeons. Licensed by the state of Texas, she is also a member of several organizations including The American Medical Association and The American Society of Breast Surgeons.