Before he was elected mayor and long before he was even a city councilman, on occasion Ron Nirenberg was known to throw his weight around and flex his muscles. 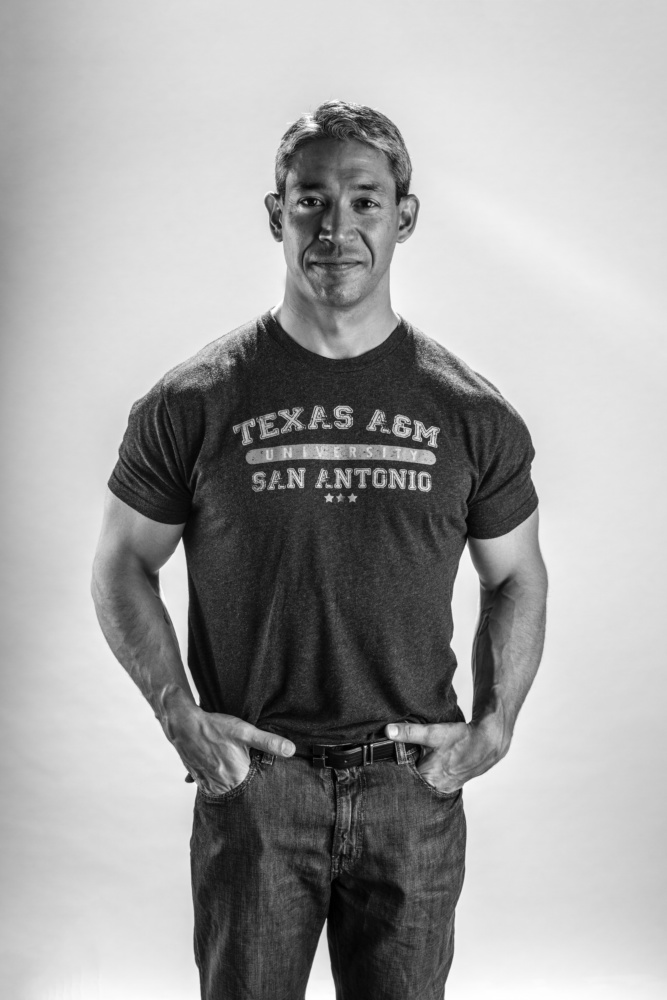 The weight we’re referring to is stacks of 45-pound iron plates at the gym, and that flexing of his biceps were part of poses to show off his hard-earned physique, when as a young graduate student at the University of Pennsylvania our city’s mayor was a competitive body builder.

Today, at 39, physical fitness is just as much an important part of Nirenberg’s life as it was back then. And as head of the Mayor’s Council on Fitness, it is his hope that San Antonio will strive to be a Fit City. So he encourages people to get outdoors (if it’s not too unbearably hot) and hop on a bike, go for a walk, get in the water, or get to the gym—all in the name of health and fitness.

“Staying active is just as important for your mental health as it is for your physical health,” Mayor Nirenberg said. “Maintaining that balance helps your mood and productivity, along with many other health benefits.”

As for his involvement with the Mayor’s Council on Fitness, he is “looking forward to working with [the council] to do some creative fitness programming that will benefit the community.”

In fact, developing fitness programs is a perfect match for our physically fit mayor. In 2003, he was a personal trainer, offering fitness and nutritional consulting under the name Nirenberg Fitness Training. “I truly enjoyed it,” he said. “I had a very exclusive clientele. I started it because I had a dream of owning my own gym one day and envisioned it would be the ‘Cheers’ of gyms.”

Russ Bookbinder, president and CEO, San Antonio Sports, said he and his staff are elated to see our mayor enthusiastic about physical fitness.

“Mayor Ron Nirenberg embodies what San Antonio Sports programs promote: a commitment to a healthy, active lifestyle and an intent to inspire others to do the same. He is a fitness role model to citizens of all ages, and we welcome his leadership,” Bookbinder said.

Mayor Nirenberg recalls entering Trinity University as a freshman and weighing a mere 110 pounds, which is hard to believe, because when he competed as a body builder, he hit the scales at 220 pounds. “I decided I had to do something about it,” the 5-foot-11, 190-pound mayor said of those string bean days. “I went to see somebody who could teach me how to work out correctly and eat properly. I ended up doubling my weight naturally without steroids or anabolics. It took me many years, though.”

Since being elected in June, Mayor Nirenberg has been committed to nurturing San Antonio’s diverse economy, promoting its leadership on an international stage, and pursuing strategies that foster resilience and equity in all sectors of the city, according to the City of San Antonio website. Additionally, he is committed to building a city that works for all, adapts to rapid growth, and advances innovation and opportunity for local businesses while balancing sustainability goals.

Health and wellness through physical fitness can be added to that list as well, and the mayor serves as an example by hitting the gym and treadmill regularly. Despite his heavy workload – council meetings, briefs to be read, appointments, public appearances and so forth – he still finds the time to exercise.

“I was the General Manager of [Trinity University’s KRTU jazz radio station], then councilman and now mayor, so I’ve had to learn to be flexible with my workout regimen,” Mayor Nirenberg said. “But I still have the same focus on resistance training supplemented with cardio as I did when I was competing. Over the last 20 years, I’ve been able to keep up with the basic foundations of my routine, which is to train each body part intensely once per week with two or three days of cardio.”

As for his eating habits, Mayor Nirenberg said he eats fairly “clean” by consuming a high-protein diet and complex carbohydrates while avoiding processed foods and refined sugars. That’s not to say he turns down dessert when he’s in the mood for it, especially dark chocolate. “I practice moderation,” he said. “I don’t deprive myself.”

Although he cites Arnold Schwarzenegger, whom he admired as he got into weightlifting, as one of his favorite bodybuilders, it was a female bodybuilder who motivated Mayor Nirenberg to reach his fitness goals: power lifter and IFSA world’s strongest woman champion Jill Mills. “She was the inspiration for me,” he said.

Now, Mayor Nirenberg can be an inspiration for all of us as he leads the charge for physical fitness in San Antonio.