Jim Allison, Ph.D., chair of Immunology and executive director of the Immunotherapy Platform at The University of Texas MD Anderson Cancer Center, today was awarded the 2018 Nobel Prize in Physiology or Medicine for launching an effective new way to attack cancer by treating the immune system rather than the tumor. Allison is the first MD Anderson scientist to receive the world’s most preeminent award for outstanding discoveries in the fields of life sciences and medicine.

“By stimulating the ability of our immune system to attack tumor cells, this year’s Nobel Prize laureates have established an entirely new principle for cancer therapy,” the Nobel Assembly of Karolinska Institute in Stockholm noted in announcing the award to Allison and Tasuku Honjo, M.D., Ph.D., of Kyoto University in Japan.

“I’m honored and humbled to receive this prestigious recognition,” Allison said. “A driving motivation for scientists is simply to push the frontiers of knowledge. I didn’t set out to study cancer, but to understand the biology of T cells – these incredible cells travel to our bodies and work to protect us.”

Allison started his career at MD Anderson in 1977, arriving as one of the first employees of a new basic science research center located in Smithville, Texas. He was recruited back to MD Anderson in November 2012 to lead the Immunology Department and to establish an immunotherapy research platform for MD Anderson’s Moon Shots Program. 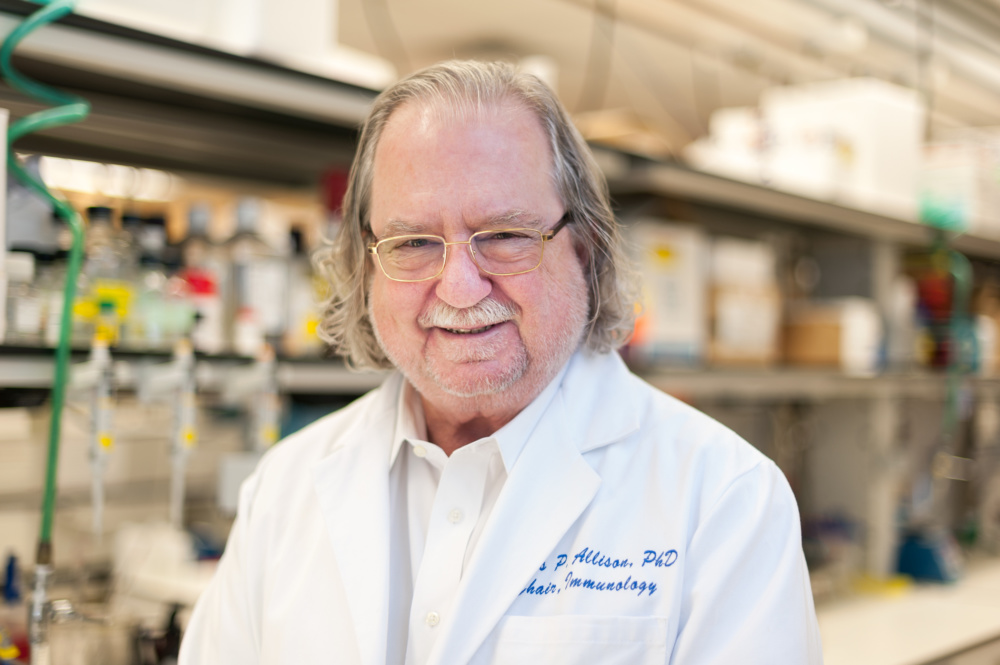 “Jim Allison’s accomplishments on behalf of patients cannot be overstated,” said MD Anderson President Peter WT Pisters, M.D. “His research has led to life-saving treatments for people who otherwise would have little hope. The significance of immunotherapy as a form of cancer treatment will be felt for generations to come.”

The prize recognizes Allison’s basic science discoveries on the biology of T cells, the adaptive immune system’s soldiers, and his invention of immune checkpoint blockade to treat cancer.

Allison’s crucial insight was to block a protein on T cells that acts as a brake on their activation, freeing the T cells to attack cancer. He developed an antibody to block the checkpoint protein CTLA-4 and demonstrated the success of the approach in experimental models. His work led to development of the first immune checkpoint inhibitor drug. Ipilimumab was approved for late-stage melanoma by the U.S. Food and Drug Administration in 2011.

His drug, known commercially as Yervoy, became the first to extend the survival of patients with late-stage melanoma. Follow-up studies show 20 percent of those treated live for at least three years with many living for 10 years and beyond, unprecedented results. Subsequent research has extended this approach to new immune regulatory targets, most prominently PD-1 and PD-L1, with drugs approved to treat certain types and stages of melanoma, lung, kidney, bladder, gastric, liver, cervical, colorectal, and head and neck cancers and Hodgkin’s lymphoma. Clinical trials are underway in many other cancer types.

“I never dreamed my research would take the direction it has,” Allison said. “It’s a great, emotional privilege to meet cancer patients who’ve been successfully treated with immune checkpoint blockade. They are living proof of the power of basic science, of following our urge to learn and to understand how things work.”

“Science advances on the efforts of many,” Allison said. “A succession of graduate students, postdoctoral fellows and colleagues at MD Anderson, the University of California, Berkeley, and Memorial Sloan Kettering Cancer Center played important roles in this research.”

Congratulations to our Dr. Jim Allison, who has won the 2018 Nobel Prize in Physiology or Medicine for his work that led to new and effective cancer therapies that train the immune system to attack tumors. Here, in his own words, Dr. Allison describes his breakthrough that is helping to #endcancer. #NobelPrize #immunotherapy #CancerMoonShot

Allison’s ongoing leadership at MD Anderson focuses on improving knowledge of how these drugs work to extend the benefits of immunotherapy to more patients with more types of cancer. He continues his own research, focusing on the details of immune response to cancer and identifying new targets for potential treatment.

He also leads the immunotherapy platform for MD Anderson’s Moon Shots Program, which conducts immune monitoring by analyzing tumor samples before, during and after treatment, aiming to understand why these drugs work for some patients but not for others. The platform works with more than 100 immunotherapy clinical trials at MD Anderson addressing a variety of cancers. The platform also collaborates with pharmaceutical companies to help them develop new drugs and combinations to better treat cancer.

“We need these drugs to work for more people,” Allison said. “One challenge is that the clinical success has outrun our scientific knowledge of how these drugs work and how they might best be combined with other therapies to improve treatment and reduce unwanted side effects. We need more basic science research to do that.”

Allison has collaboratively worked with scientists around the globe to expand the field of immunotherapy. Some of his leadership positions include serving as a co-leader of the Stand Up To Cancer-Cancer Research Institute Cancer Immunology Dream Team and as a director of the Parker Institute for Cancer Immunotherapy (PICI). Allison also is deputy director of the David H Koch Center for Applied Research of Genitourinary Cancers at MD Anderson and holds the Vivian L. Smith Distinguished Chair in Immunology.

Allison will be honored at Nobel ceremonies in Stockholm in December. The Nobel Prize in Physiology or Medicine has been awarded 108 times to 214 Nobel Laureates between 1901 and 2017. 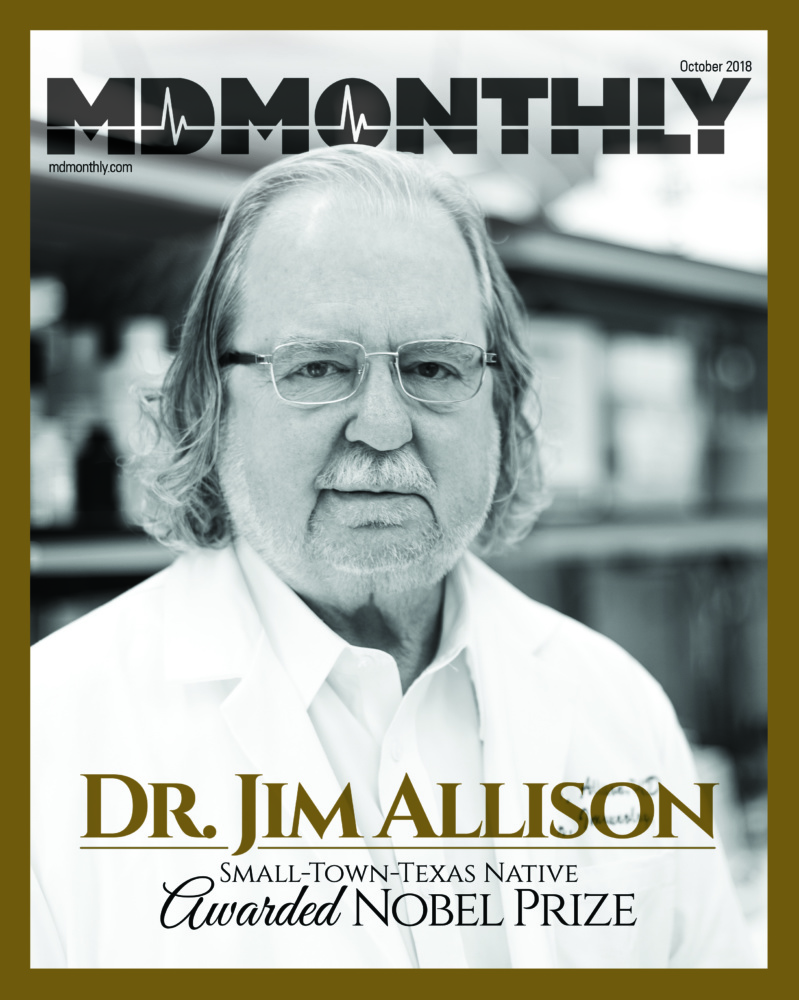 For more information about Allison, his work and the Moon Shots Program, please visit mdanderson.org/nobelprize.