Look Toward the Light

It’s 7 a.m. The alarm clock starts blaring, and you groggily reach over to swat it into snooze-ville, wishing for nothing more than an extra hour of sleep. Lately, you just never feel rested in the morning, although you go to bed plenty early every night. Sound familiar? Do you toss and turn for several hours, finally nodding off, but never reach a deep sleep and wake up exhausted? Or maybe you eventually fall asleep only to reawaken later, unable to fall back asleep. In all of these cases, your health may be suffering more than you realize. Poor sleep can cause weight gain, dramatically shorten your life and kill your productivity at work. Luckily, there may be a simple solution to getting your sleep hygiene and health back on track, and it all has to do with properly timed blue light exposure. First, let’s examine why so many people are having a difficult time sleeping nowadays, and why we’ve become so dependent on caffeine and other stimulants to keep us awake and alert. In 1923, a Harvard grad student, experimenting with what he thought were blind mice, discovered that although they couldn’t see objects, they could still perceive light. And more interesting and relevant to today’s sleep deprivation epidemic, the sleep-wake cycles of these mice were directly controlled by the light. It turns out that all mammals have a special photoreceptor in their eyes which enables them to detect a certain type of light. This important research was largely ignored by the medical and scientific community for almost 80 years, but in 2001, this photoreceptor was rediscovered. A team at Thomas Jefferson University published the study, “Action Spectrum for Melatonin Regulation in Humans: Evidence for a Novel Circadian Photoreceptor,” and we now understand how those mice were able to sense light and why this discovery is important to good sleep hygiene and optimal health. 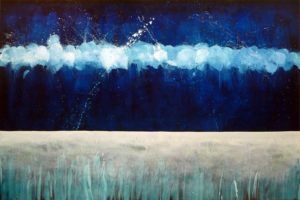 Unlike the cones in our eyes, which sense objects and colors in well-lit conditions, and rods, which are responsible for night vision, these photoreceptors are particularly sensitive to blue light, especially the narrow band that corresponds to midday sunlight from a clear blue sky, 446-477 nm.  So why should you care about these tiny cells in your eyeballs? Well, by sensing blue daylight, they’re responsible for telling your body when it’s daytime. They control melatonin suppression during the day and melatonin production at night. Melatonin is that all-important hormone that helps us get sleepy, in addition to being an extremely potent antioxidant and cancer preventer. Unfortunately, with our predominantly indoor lifestyles nowadays, lack of sunlight and round-the-clock artificial light, most people are extremely deficient in melatonin, since our bodies think it’s daytime all the time. A 2014 study published at the Federal University of Rio Grande do Sul found that, “lack of exposure to natural light in the workspace is associated with physiological, sleep and depressive symptoms.” The study analyzed corporate employees, some working next to a window and others with no windows. The ones with exposure to natural window daylight showed dramatically different melatonin and cortisol levels from those with no windows. Indeed, “the ‘with window’ group had a lower melatonin level at 8:00 a.m., but a higher level at 10:00 p.m. than the ‘without window’ group.” This means that the people who got proper amounts of daylight exposure produced more melatonin at nighttime, which our bodies are supposed to do. Conversely, the “without window” group had “lower melatonin levels at 10:00 p.m., [which] were correlated with depressive symptoms and poor quality of sleep.” 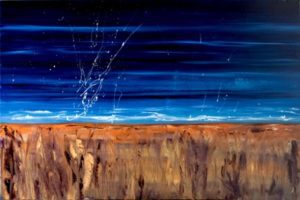 Nighttime cortisol levels for the “without window” group were significantly higher than the “with window” group. The study found this “positively correlated with minor psychiatric disorders and depressive symptoms at 10:00p.m.” Those who didn’t get daytime, natural light exposure were far more likely to suffer from depression or psychiatric disorders. An article published by Psychology Today, “Cortisol: Why the Stress Hormone is Public Enemy No. 1,” finds that high cortisol levels also reduce life expectancy. They add that, “Scientists have known for years that elevated cortisol interfere with learning and memory, lower immune function and bone density, increase weight gain, blood pressure, heart disease…The list goes on and on.” Ok, so now we know that we need to get blue light from natural sunlight to stay awake and alert during the day, but get sleepy at night. But what happens if we get this same blue light at night? And how is that even possible?  It turns out that all modern technology using LED screens—Ipads, computers, tablets and smartphones—emit a high percentage of this blue light, which tells our bodies to stop producing melatonin.

When our eyes see this blue light at nighttime, it relays, “It’s the middle of the day, shut off melatonin production for at least one and half hours!” That’s why using any of these devices at night will likely cause insomnia or poor sleep. This directly contributes to the growing epidemic of declining health, depression, weight gain and low productivity across all age groups. A 2014 study by Brigham and Women’s Hospital analyzed people who read before bed, comparing those reading from any LED screen versus old-fashioned paper books. Participants reading these blue-light-emitting LED screens “took longer to fall asleep, were less sleepy in the evening and spent less time in REM sleep,” and they had reduced melatonin levels at night. They were also reported to be “less sleepy before bedtime, but sleepier and less alert the following morning after eight hours of sleep.”

A complementary study by the University of Florida found that with both top level executives and employees, across a wide range of fields, smartphone use after 9 p.m. was associated with decreased sleep quantity at night. This caused morning depletion the next day, leading to dramatically decreased work engagement and productivity for the day. In general, it’s healthiest to get natural sunlight exposure, containing blue light, during the day and to not use any blue-light electronic devices at least two hours before you go to bed. If you have to use them, there are work-arounds such as the free computer program F.lux, which cuts out the blue light once evening arrives. There are also other blue light reducing apps for portable devices.

For more information or solutions, visit the “Color Therapy Resources” page at www.leannevenier.com.