Dr. Lisa Martén joined the South Texas Eye Institute in 2007. The next year, she found herself in a position to acquire the practice.

“When I came into the practice, there were two other doctors who were ready to retire,” Martén explains of joining the institute. “I was fresh out of a fellowship. I thought the hardest part was going to be the medical part.” But she was mistaken. She was trained to practice medicine, but not to run a business. 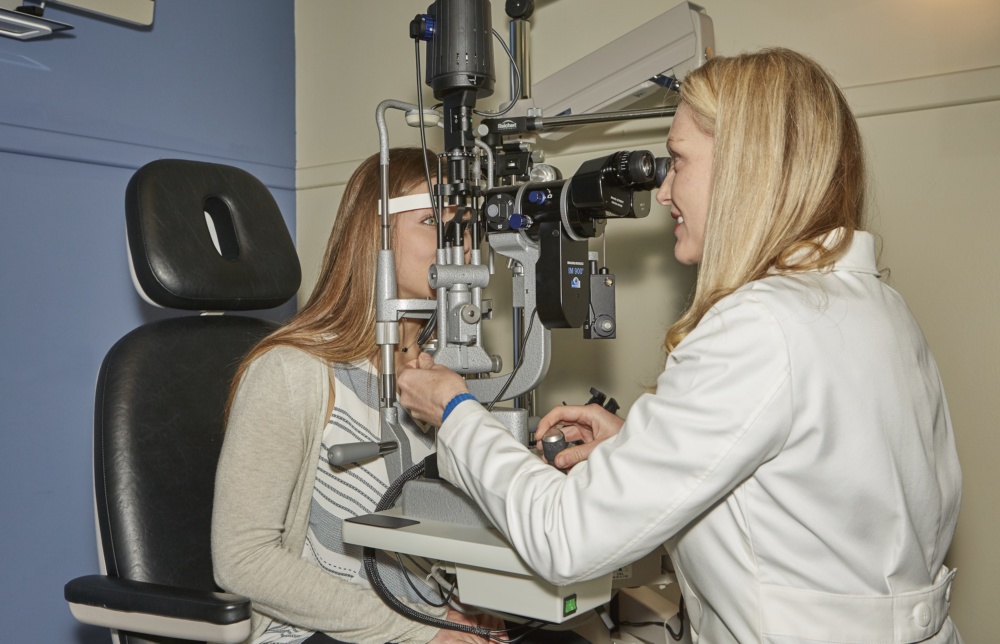 Martén’s father, Dr. Ernesto Martén, also a physician, inspired her to decide to acquire the institute. Her husband, Jorge Gorrzegz, has helped with the administrative side of things. But, thanks to Martén, Ophthalmologist Dr. Laura Rubinate, Optometrists Dr. Shannon Leon and Dr. Travis Lehr, the institute continues to provide the most comprehensive high-quality vision correction treatments in the region.

Having opened in 1987, the South Texas Eye Institute was the first eye care provider to offer LASIK (Laser-Assisted in Situ Keratomileusis) procedures to local residents.

The institute does use IntraLase, the blade-free LASIK procedure, which is more advanced, more precise and even safer than the commonplace form of LASIK. In addition to LASIK, the institute offers photorefractive keratectomy (PRK), the forerunner to LASIK.

A patient at the institute could undergo Monovision, an option to permit patients age 40 and over to still be able see some things up close.

Not everyone is a candidate for a LASIK procedure. To determine whether someone is ideal for LASIK, the institute’s physicians examine the interested patient’s visual stability, overall health of their eyes, ability to heal, and a correct corneal curvature.

As far as advances in ophthalmology go, Martén says “technology available now is superb from just 10 years ago.”

Physicians are able to meticulously study the various layers of tissue and use state-of-the-art software to evaluate risks of a specific disease, and then develop the best course of treatment.

Such advances enable ophthalmologists to detect eye diseases and other afflictions much sooner, and patients are able to recover quicker from procedures.

While it is no less complex than before, laser surgery has become “almost like an art form,” according to Martén.

The institute continues to provide the most comprehensive high-quality vision correction treatments in the region.

Martén remembers, only years ago, when LASIK was seen as accessible to a small portion of the population – due to costs and other factors – and as a procedure full of unknowns.

“Now, LASIK is a stable, safe procedure,” she adds.

The South Texas Eye Institute does offer Visian ICL (Implantable Contact Lenses) for whom LASIK is not ideal.

The institute has other se 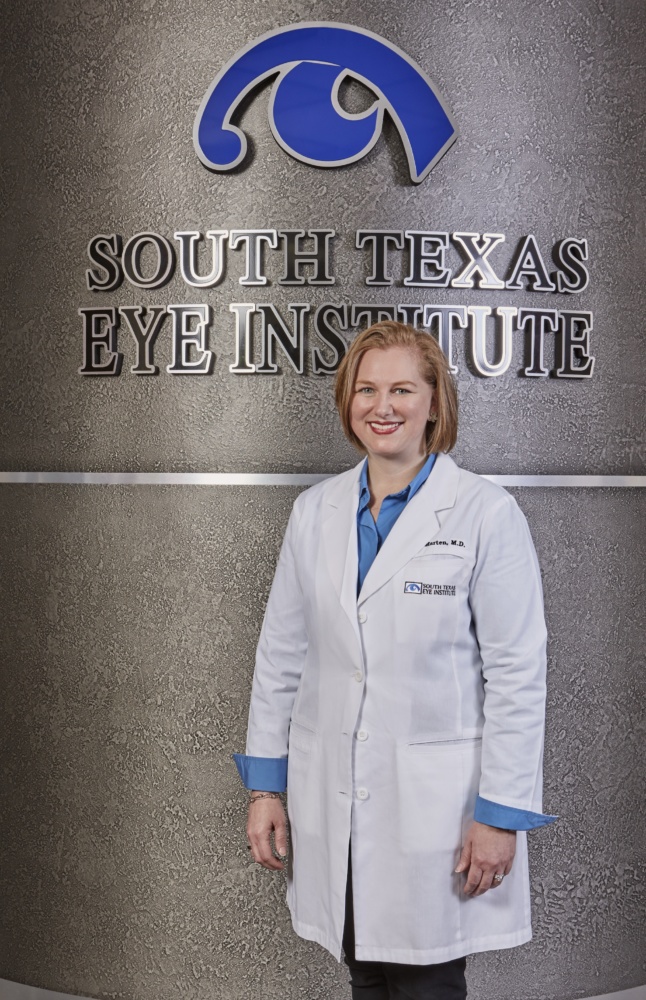 Penetrating Keratoplasty (PKP) for keratoconus or corneal scarring is also an option for specific patients.

The institute offers simpler treatments, such as punctal plugs for patients coping from dry eyes.

The institute accepts most insurance plans. Martén is bilingual in English and Spanish. She worked to find three other doctors who could perform an eye exam for patients in Spanish.

All of these services and more are provided by four eye care providers who bring a wealth of experience and skills to patients at the South Texas Eye Institute.

Born in New Orleans, Martén spent most of her formative years in Costa Rica, her father’s native country.

Martén earned a bachelor’s degree from Tulane University. She completed a master’s degree in nutrition and received her medical degree from Tulane’s School of Public Health and Tropical Medicine. Martén first experienced San Antonio while doing a three-year ophthalmology residency at what is now UT Health San Antonio. Today, she serves as an adjunct assistant professor at the campus.

Martén spent one year in fellowship at the Wang Vision Institute in Nashville, honing her skills in refractive and cornea surgeries, before she got the chance to return to San Antonio and join the eye institute. 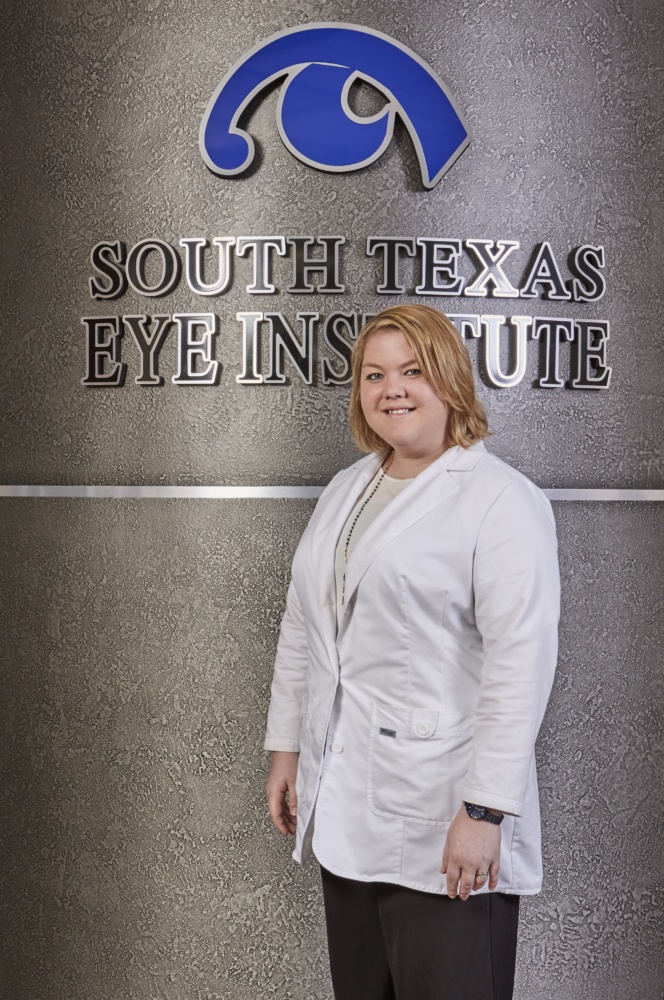 Over the years, Martén has performed thousands of refractive procedures and received professional honors. She has even been recognized as one of the top 12 Lasik surgeons in the United States.

A native San Antonian, Shannon Leon has received all of her schooling in San Antonio. She received her optometry degree from the University of the Incarnate Word Rosenberg School of Optometry.

She interned through a private practice, specialty clinics, and the San Antonio Veterans Health Care System.

Leon finished her residency in primary care in ocular disease through the UIW’s Rosenberg School.

She trained with Martén as an optometry resident for one year before joining the eye institute in July 2016.

“She has a wonderful bedside manner and is excellent in preoperative exams.  She has extensive knowledge of medical eye exams,” Martén says of Leon.

Shortly after this, Laura Rubinate joined Martén and Leon.  A Philadelphia native, Rubinate was a scientist at GlaxoSmithKline Pharmaceuticals while pursuing a graduate degree in pharmacology at Thomas Jefferson University.

“We try to treat our patients as family. We reinvest a large portion of our profits back into the clinic to maintain technology, and have recently added new rooms and staff to accommodate the growing clinic.”

After earning her medical degree from Nova Southeastern University in Florida in 2008, Rubinate

enlisted with the U.S. Army.

She interned at Brooke Army Medical Center (BAMC) and Wilford Hall Medical Center before doing her residency in ophthalmology at both of those San Antonio-based military medical facilities.

Earlier this decade, Rubinate served as an active duty Army staff physician at Beaumont Army Medical Center in El Paso, and later at BAMC. She was honorably discharged from the Army before joining the eye institute.

Rubinate accumulated a range of training in refractive surgery while in the military. She has researched treatments for ocular burns and glaucoma shunt surgery, and performed a study on keratoconus diagnosis and links to sleep apnea.

Travis Lehr, a South Dakota native, is residency trained in therapeutic optometry and certified to specialize in glaucoma treatment. Lehr and Leon were classmates at the Rosenberg School; he earned his optometry degree from there.

He did rotations through the Veterans Administration medical system, and at a disease and surgery practice.

Lehr completed a residency at the University of Houston, specializing in ocular disease and surgical co-management. He has been trained to address diseases and other afflictions of all parts of the eye.

“(Lehr) has special interest in research and treatment of dry eyes,” Martén adds.

A collaborative atmosphere prevails among the physicians at the South Texas Eye Institute.

“We work together. Patients may get seen by different doctors for different reasons throughout their visits at STEI,” says Ma 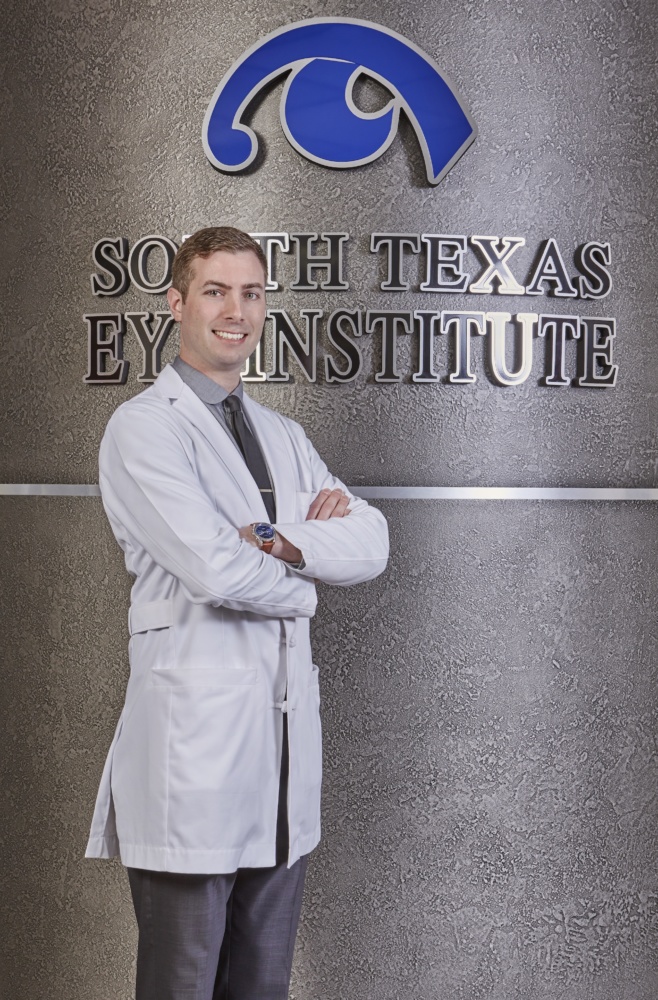 “We try to treat our patients as family. We reinvest a large portion of our profits back into the clinic to maintain technology, and have recently added new rooms and staff to accommodate the growing clinic.”

The institute provides community service in many ways. Collectively, they donate to various local organizations and spiritual causes.

Individually, Martén and Rubinate each have donated time to medical missions. Rubinate has gone to Peru; Martén to Costa Rica and Mexico.

The physicians do what they can to educate their patients on preventative eye health, including helping those coping with visual challenges related to diabetes or high blood pressure.

Martén treats all of her patients with the same amount of care and compassion.

“I try to listen to them and figure out how their general health is affected and how it may relate to their eye problems,” she adds.

A collaborative atmosphere prevails among the physicians at the South Texas Eye Institute.

Although she has performed thousands of surgeries, a few cases stand out in Martén’s mind. Recently, a young boy was referred to her for treatment of a scar in one of his eyes around the holiday season.

Martén was unable to help the boy to recover his full vision. But she asked him what he wanted for Christmas. The boy simply wanted a book to enjoy.

Martén was touched that the boy did not want a fancy, high-tech toy that entertains many youngsters these days.

“I was touched by his desire to read, even though he could only see from one eye,” she says.

“Sometimes, people who have a disability are more driven, and achieve more than those who do not. I would hope that all patients would be so resilient and willing to overcome their low vision.”