There is plenty of buzz in popular science-oriented media about regenerative medicine. In just the last few years, it has become a part of physician practice in the U.S. Recognizing that regenerative medicine is going to make a big difference, Merrill Lynch recently did a webcast for their clients advising they factor in a longer life into their savings plans.

We won’t just be living longer, we’ll be healthier and more active, avoiding degenerative diseases, neurological decline, and all the orthopedic aches and pains of aging. The cost of living longer will be mitigated by cost savings on medical procedures like knee replacements, roughly $50,000, or hip replacements, roughly $125,000, already being replaced by simple stem cell injections that cost under $5,000. This will also translate to savings for the federal Medicare budget. Patients For Stem Cells has been chronicling this shift for readers of MD Monthly, with our own real life stem cell stories.

Our own adult stem cells are especially effective when coupled with modern science and expanded in a lab to a high dose. This is currently in trials at institutions like the Mayo Clinic for ALS and the Cleveland Clinic for MS. The FDA approval process will take 10 years and $1 billion, because in 2012 they ruled your own stem cells become  a drug once the cells are expanded. But patients who are suffering now, don’t have that kind of time to wait. Many are accessing this safe therapy now.

Celltex Therapeutics in Houston, Texas is already making this therapy available for physicians to administer to patients, although patients must travel to a hospital in Cancun, Mexico to receive treatment, because of the FDA restrictions in 2012. Debbie Bertrand was able to receive this therapy in the U.S. prior to the 2012 FDA ruling, for long-standing MS, allowing her to leave her wheelchair behind and use a walker again.

Stephanie Cowley is another of the many patients who couldn’t wait and has benefited substantially from this treatment, bringing her relief from extreme chronic pain due to MS.

In September 2016, the FDA held a hearing to propose extending this same 10 year, $1 billion approval pathway to clinics in the U.S. that offer non-expanded, “same-day” stem cell therapy. This would force 600 clinics to shut down, eliminating access to the inexpensive stem cell shot alternative to joint replacement.

Many practitioners, professional organizations and patients testified at the two day FDA hearing. A large majority were against the regulations that would shut down U.S. clinics. There were several  presentations outlining plans to accelerate the approval process, while monitoring safety and efficacy with a patient registry. Public commentary is part of the process. Past FDA guidance proposals had no more than 20 comments. This time, in part due to grassroots efforts by patients, almost 7,000 comments were submitted, the vast majority opposing the restrictions.

Several patients revisited the 2012 restriction against expanded cellular therapy. Sarah Hughes testimony was especially riveting, recounting her recovery from a terminal state, bedridden and on a feeding tube at 22-years-old, due to a lifetime of suffering from idiopathic systemic juvenile rheumatoid arthritis. She just turned 25-years-old and is now riding horses. She shared her story in her own words with MD Monthly.

The 21st Century Cures Act, currently before Congress, is legislation aimed at speeding cures to patients like Sarah with rare, incurable illness. It will also help resolve the regulatory turmoil over “same-day” therapies that are being contested with the FDA. This will help resolve the impasse that is holding this therapy out of mainstream medicine, where it could be helping so many with illnesses and injuries that have no effective treatment. The Cures Act has the support of many legislators, because so many patients have reached out to their representatives and shared their stories.

Disagreement Among Patients “No Chemo, No Cure” 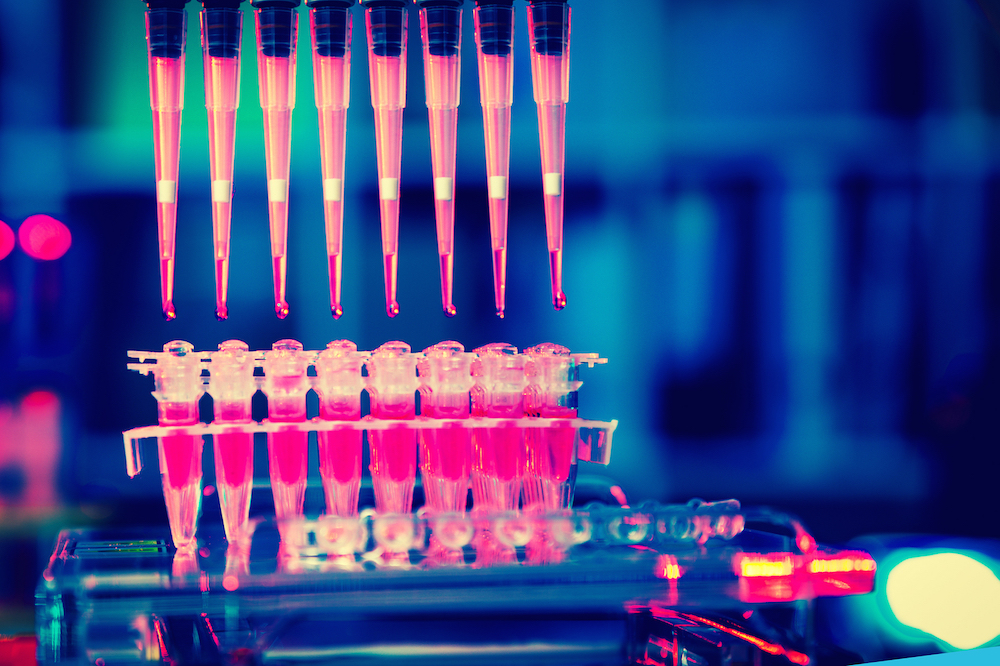 Collectively, there are 50 million patients in the U.S. with 80 various types of autoimmune disorders, such as MS, psoriasis and lupus. There are no FDA approved therapies that offer a cure, or even much symptom relief, and many of the drugs have a heavy side effect profile.

New, disruptive technology is frequently met with resistance. Regenerative medicine is triggering  this reaction not only from regulators and some in the medical research industry, but also among patients. A divergence has arisen regarding two different methods of treating autoimmunity, even though both utilize stem cells. The patient stories covered in this article utilizing expanded stem cells are the new technology, which is being greeted with skepticism by many patients with autoimmune disease, who have been rushing to adopt another therapy also not yet FDA approved for their disease ? hematopoietic stem cell transplantation (HSCT).

This is the same approach used for several types of blood cancers for the last 40 years. First, the patient’s stem cells are harvested and frozen, but not expanded to a high dose. Then the immune system is destroyed with chemotherapy. Finally, the stem cells are reintroduced to rebuild immunity, which is like a newborn’s and has no memory of the autoimmune disease. It can take up to a year for recovery from the procedure and to see improvements, although some patients see symptoms start to subside within a few months.

The HSCT approach works well at stopping the disease, particularly if done early. But for those with permanent damage from long-term disease like progressive MS, the results are not as good. There is also risk associated with the chemo, with possible death due to immunosuppression and infection. For patients who have already been through chemotherapy, adding more may not be an option.

HSCT has been through several institutional phase-3 trials that have shown clear long term benefits, although it is not yet FDA approved or covered by insurance. Results show improvements in disability, but also a 1 to 8 percent fatality risk. Dr. Richard Burt at Northwestern University is continuing a long-running trial of HSCT for 25 different autoimmune conditions. But only patients that meet the criteria for early disease are accepted. However, they will take patients that don’t meet the criteria through an FDA program called “Expanded Access,” if they can cover the $125,000 cost. This steep price tag has led to medical tourism to a clinic in Russia and another in Mexico, ranging in price from $40,000 to $55,000. Their waitlist is now over a year.

Patients who undertake this challenge, must understandably steel their resolve. This has led to an attitude among some that shuts down open discussion. “No chemo, no cure” is the common response to the possibility of an alternative approach, such as the examples from patients in this story who have also achieved disease remission and recovery using expanded stem cells.

Shawn Wickard has written a book, “Impossible, Or So They Said”, about his experience with HSCT.

“I enrolled in 2004 in an NIH trial  for an HSCT stem cell transplant for Lupus at the NIH. Our group grew to 10 people w Lupus. I was also paralyzed chest down with a spinal disease called Transverse Myelitis for 7 years. It is now almost 12 years later and I do not have Lupus any longer and I am actually walking! After 17 years in a wheelchair I am now using a walker 80-90% of the time and I keep on getting better. I used to be on 50 pharmaceutical pills a day and am now taking zero. I have the energy I had before I became ill almost 19 years ago. I’m headed to the paralympics for Nordic Skiing (in a sit ski), climbed a 24 story building last year, and can walk a mile on the treadmill.” -Shawn Wickard

Shawn was in an early trial that used three different chemotherapies over five days, rather than the milder single chemotherapy used today for most HSCT. Out of the 10 patients enrolled in this trial, two passed away due to infection complications after the procedure, but the rest do not have lupus any longer and are doing well. This trial was never published, and Shawn continues to share his story in hopes that it will be published to add to the understanding of this therapy.

What is the logical response to reconcile these two approaches? HSCT has the lead in terms of completed trials, but given the risks involved, good science would indicate that expanded stem cells should be given emphasis so the two can be equally compared.

There is published evidence supporting expanded cells for autoimmune disease. A total of 24 trials for MS, totaling 227 subjects are in the National Library of Medicine, consistently concluding the treatment was safe, with virtually no adverse events reported, other than transient fever. Ten of these trials were for the more difficult task to treat progressive forms of MS. Although still at the early phase 1-2, but all reporting shows safety and signs of efficacy.

This is the starting point proposed for the accelerated approval process. Another proposal from Bill Frist, M.D., of the Bipartisan Policy Council, is to incorporate “real-world patient data” from physicians that are keeping reliable records of safety and efficacy on cellular therapy. Coupled with a patient registry to allow tracking of safety and efficacy after the therapies are approved for use, finally culminating in insurance coverage.

This is a feasible fast-track approach, already implemented in Japan, where the first two stem cell products have been granted insurance coverage. It’s time for the U.S. to follow a similar road to wellness, and the 21st Century Cures Act is the appropriate vehicle to get us there.