For Dr. Michael S. McKee, it’s a good day at the office when he’s able to find a treatment that prevents one of his patients from feeling pain.

Owner of Spine Care of San Antonio (20079 Stone Oak Parkway, Suite 1245) on the city’s far north-central side, McKee, an interventional pain medicine specialist, has made it his life’s work to manage patient pain and discomfort through a number of conventional and advanced options.

A graduate of the University of San Luis Potos in Mexico, McKee trained in New York City in general surgery, anesthesiology and interventional pain management. The latter became his calling, and he has been in practice in San Antonio for the last 14 years.

Born in San Miguel de Allende in Guanajuato, Mexico, McKee, whose father is Irish American and mother is Mexican, spent most of his childhood south of the border, although he attended MacArthur High School in San Antonio for one year.

After graduating from high school in Mexico in the early 80’s, McKee moved back to San Antonio and enrolled at UTSA for a year before deciding to go back to Mexico to attend medical school. During his sixth year of medical school, McKee transferred to Cook County Hospital in Chicago, then went back to Mexico for his final year. McKee found himself back in San Antonio doing research in the surgery department at the University of Texas Health Science Center and waiting to get into a hospital residency.

After his training in New York City, where he met his wife and had three children, and working in hospitals there for more than a decade, McKee decided to move his family back to Texas in 2004 where he opened his current practice in Stone Oak. 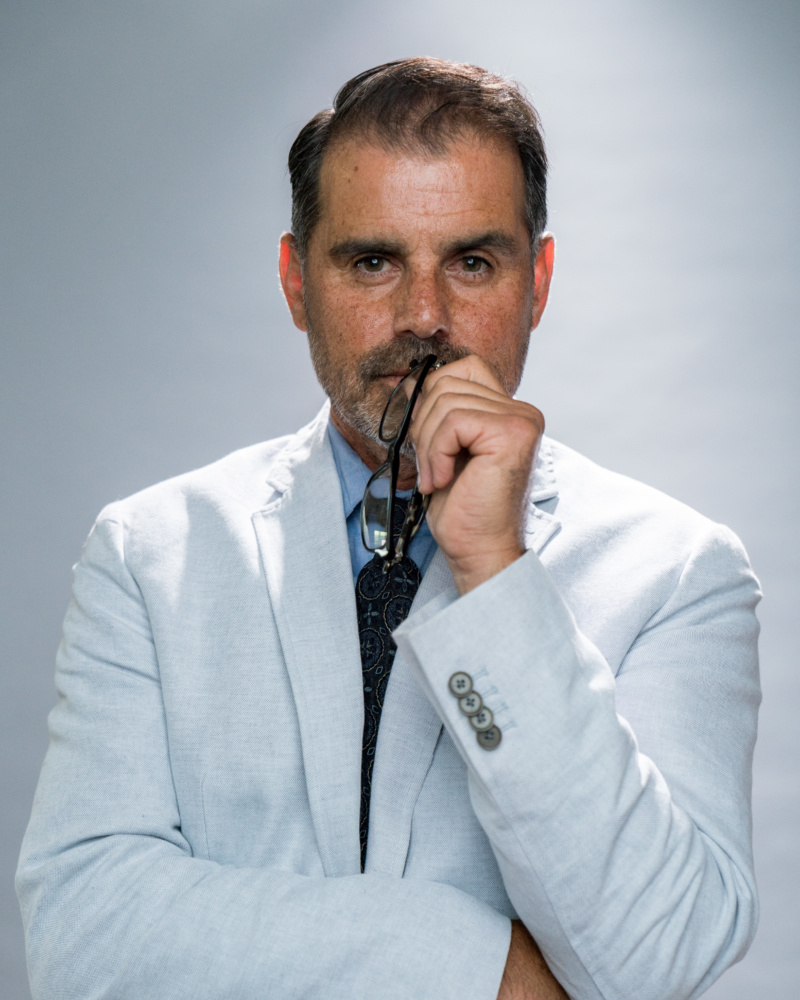 So, what can you expect if you are suffering from chronic back pain and would like to see what services the Spine Care of San Antonio can do to offer relief?

As much as McKee would love to be your doctor, the first step for new patients is an evaluation of their symptoms to see if they even need to be there. In some cases, McKee said he will tell people they should see a physical therapist before thinking about doing anything more invasive.

“First, I get their history and ask them when they hurt and why they hurt,” McKee said. “Did they hurt themselves playing sports when they were young? Were they in a car accident?”

McKee follows up a patient’s initial evaluation with diagnostic tests such as X-rays and MRIs. If McKee thinks a patient would benefit more from seeing a physical or massage therapist or chiropractor, he’ll send them on their way, but not before offering simple and sound advice.

“I tell them, if you have back pain, stop lifting heavy things,” McKee said. “We all have to do what we do to pay our bills. If you work in the oil fields, you have to do it, but you should do it smartly. Don’t show off like you’re a 20 years old.” 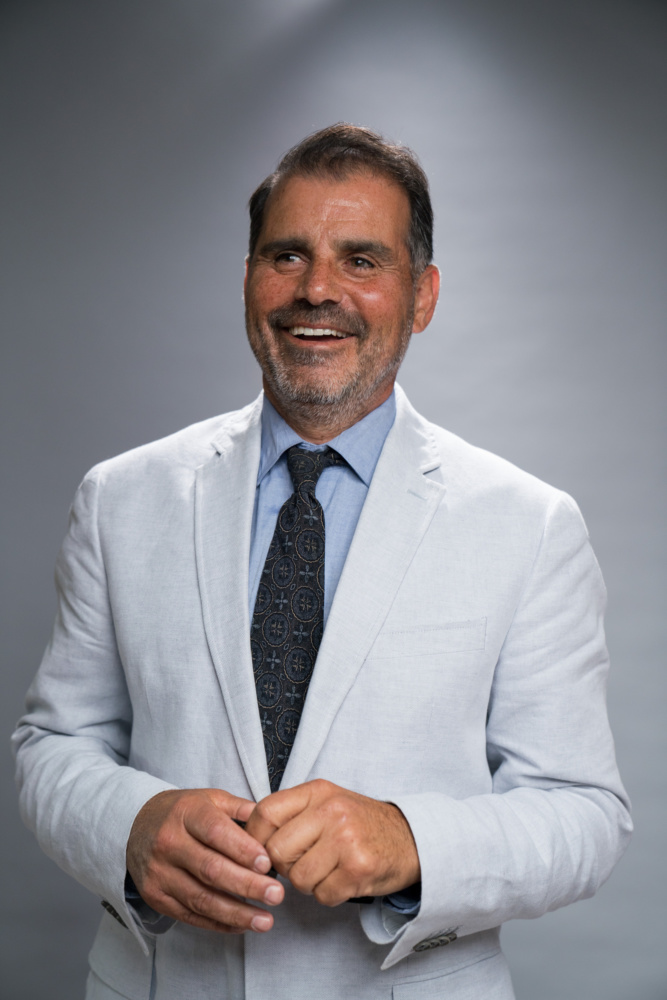 If it was up to McKee, he would treat all of his patients in a  non-invasive manner so they would leave his office with just a Bandaid.

When patients need more than physical therapy, the next step McKee looks at is using injections to manage their pain. This might include steroid shots into the spine, neck and back. “We always want to avoid surgery, so we start with pain injections,” McKee said. “The goal is to make a patient feel better for a long time, not just a couple of weeks.”

For patients who do not respond to therapy or injections, the next step is surgery, but not the type you might think. “As technology advances, patients are demanding less invasive options,” McKee said. “Surgery used to be cutting into bone and adding screws. The future of medicine has changed that.”

McKee said if a patient comes in with a hernia or tear, the first option for him is to see if he is able to shrink the disc through laser surgery. “Who wants to spend eight hours in surgery and come out with rods and screws in their back?” McKee said. “Medicine is always evolving. It wasn’t that long ago that doctors had to cut you open to take out your gallbladder. Now, they can do it with scopes.”

There are also other non-surgical procedures McKee can explore at Spine Care of San Antonio, including the implantation of an intrathecal morphine pump – a device that delivers small doses of medications like morphine through a catheter into the spinal canal or a spinal cord stimulator, which is like a pacemaker for the spine.

“Some of these procedures are life-changing,” McKee said. “Patients who were in pain one day,  can go back to work and spend time with their family.”

The newest medical technology is also allowing McKee to treat chronic pain through regenerative medicine – the injection of stems cells into damaged knees, shoulders and lumbar discs, which can restore cells and regenerate tissue.

Once McKee has exhausted all his options and patients are still in pain, he will refer them to an orthopedic spine surgeon. 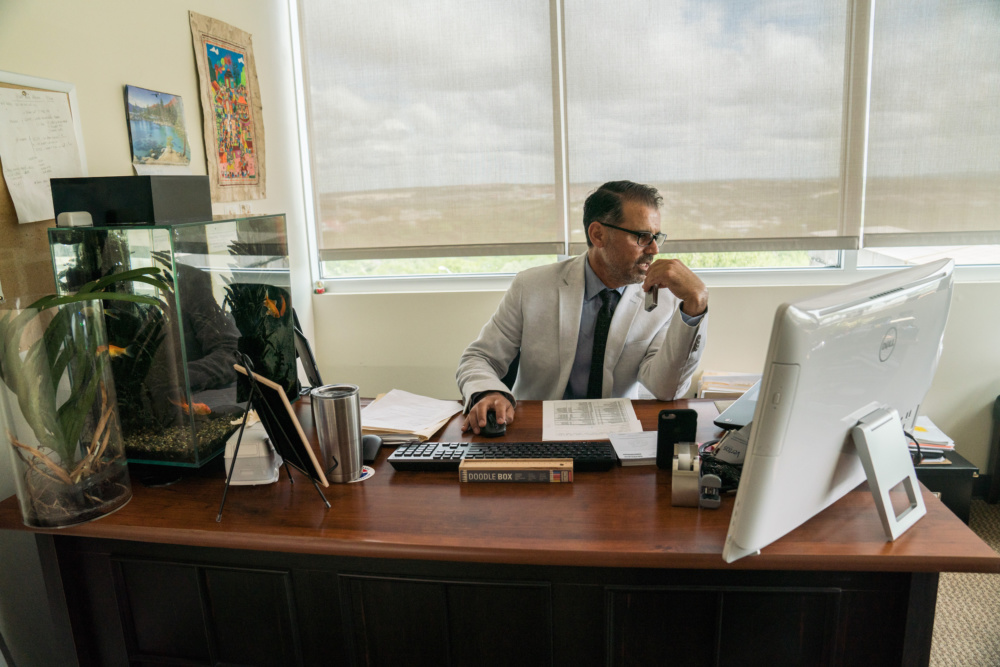 McKee loves giving his patients a better quality of life. He shares an example of his favorite patient: a nice, old woman who comes in with severe pain in her back and has to use a walker to get around. In some cases, McKee knows a patient like this would benefit from an injection that would only take five minutes to administer. Two weeks later, this same nice, old woman steps back into his office without her walker and gives McKee a hug and kiss and thanks him for stopping her pain. “To help someone like that gives you a lot of satisfaction,” McKee said.

For McKee, serving the San Antonio community is not only about helping restore a patient’s health, it’s also about giving hope to those patients whose pain management plan is taking longer to solve than others. “Everybody’s pain perception is different,” McKee said. “It’s my job to help those people and give them the confidence they need to work through it, so we can find the answers they are looking for.” 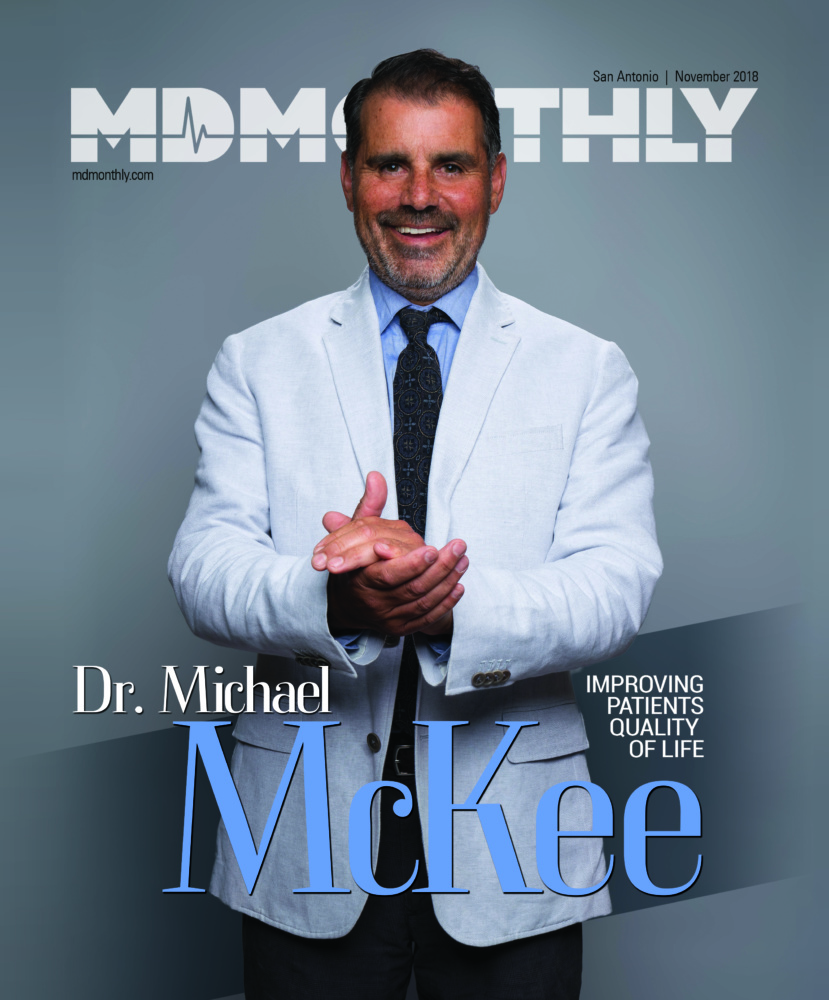