The Peripheral Vascular Associates care for the Coastal Bend with extraordinary experience and cutting-edge technology to accomplish their passion-powered mission.

Dr. Michael Peck joined the U.S. military to pay for his medical school. He wound up learning quite a lot of medicine that way.

His decision took him from the halls of Massachusetts General Hospital to the war-torn deserts of Iraq and Afghanistan. In his eight years in the U.S. Air Force, he rose to the rank of lieutenant colonel as a vascular and endovascular surgeon. He deployed three times between September 2005 and January 2011.

“I really valued my opportunity to take care of the injured soldiers, saving their lives and limbs,” Dr. Peck shared.

Dr. Peck’s first deployment was in Iraq, at Balad Air Base, where he was a vascular and trauma surgeon. His second deployment was again spent as a trauma and emergency surgeon, this time at the Al Udeid Air Base in Qatar, and it was during his third deployment at Bagram Air Base in Afghanistan where he became the recipient of the Army Commendation Medal (ARCOM).

“Vascular surgeons, despite being named ?surgeons,? are trained in all elements of vascular care” -Dr. Jeffrey M. Martinez, president of Peripheral Vascular Associates

Particularly in South Texas, PVA deals a lot with diabetes. According to the South Texas Diabetes Initiative, the prevalence of adult diabetes is more than 20 percent higher in South Texas than the entire state of Texas. Close to 70,000 people are diagnosed with the disease.

Worse, more than one quarter of people with diabetes are diagnosed as having uncontrolled diabetes. As a result, Texas hospitals, standalone emergency rooms, and urgent care clinics see adult diabetics more frequently than any other state in the union.

“I really valued my opportunity to take care of the injured soldiers, saving their lives and limbs” -Dr. Michael Peck

While lifestyle changes, like dieting and exercise, and medication are treatment options for PAD, so is the surgical option. Choices there range from angioplasty to artery bypass in order to improve blood flow.

“There are various degrees of blockages where the blood can not get to the feet and toes of the patient,” Dr. Peck explained. “And if we do not intervene, then amputation would be necessary.” 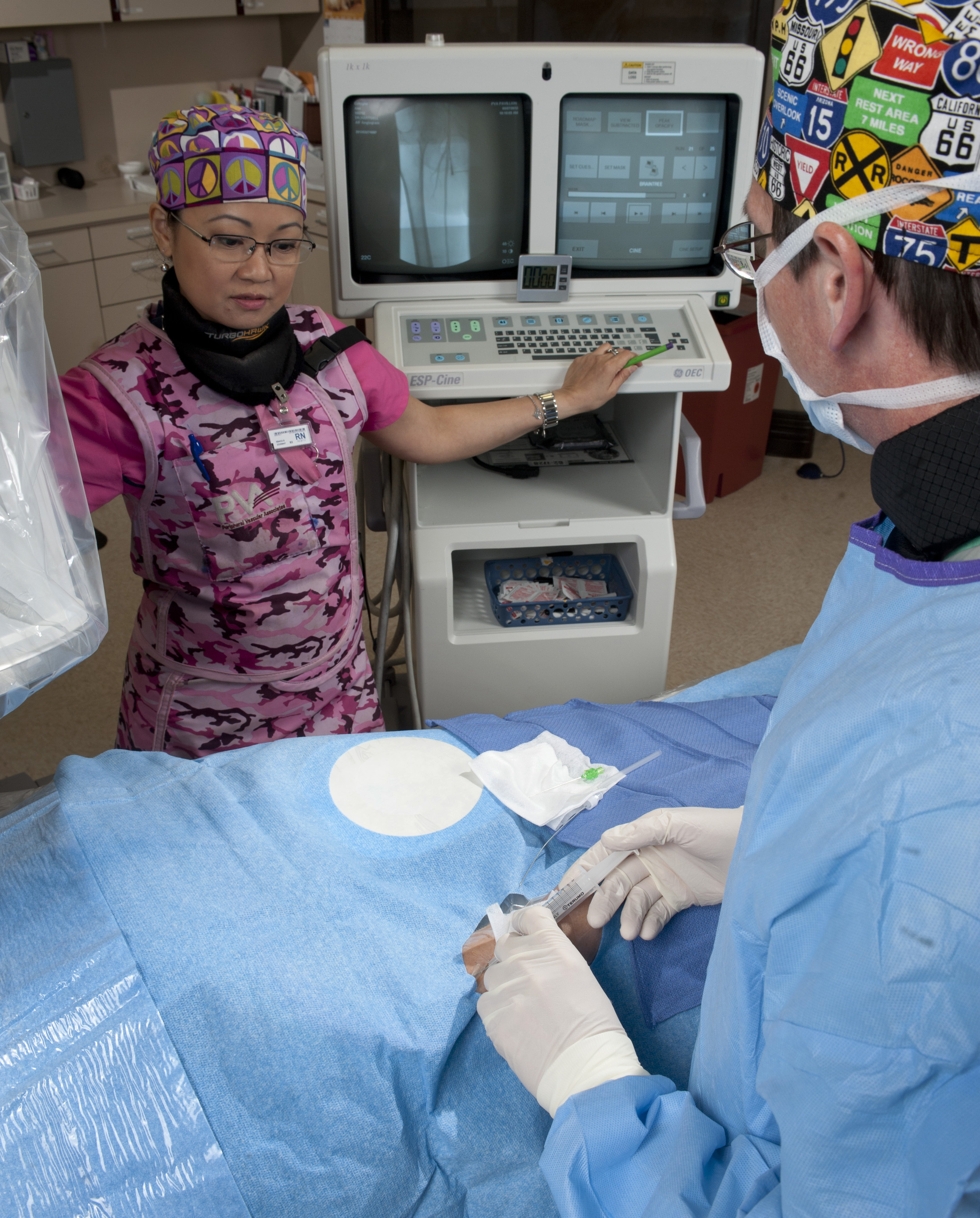 Doctors and surgeons at Peripheral Vascular Associates (PVA) are uniquely qualified to do medical management of these types of conditions.

“I can do minimally invasive procedures, but I can also do surgery,” Dr. Peck said. “Other medical personnel can attempt to do the work, but often can not perform the surgery. When I see a patient, I can put together a fully comprehensive plan.”

PVA has 22 physician providers and is one of the largest medical groups dedicated to the care of vascular patients in the country.

“Vascular surgeons, despite being named ?surgeons,? are trained in all elements of vascular care,” said Dr. Jeff Martinez, current president of PVA. “That includes non-invasive techniques such as exercise programs and minimally invasive surgery procedures to large open surgical cases.”

Most ultrasound testing can be coordinated with a patient’s appointment in order to provide a full range of care and convenience for patients, in addition to reducing the travel and cost of another appointment.

“We hope to have a full-fledged patient list soon, and we believe that patients are excited to have a branch within that area so that they no longer have to travel to a location that is three or four hours away from their home” -Dr. Michael Peck

Another service offered to patients is access to office-based intervention suites. These Cath Lab suites allow PVA surgeons to perform minimally invasive procedures inside a PVA office. The procedures, traditionally performed only in hospital settings, now are available by PVA surgeons while in office.

In some cases, insurance plans will allow patients the option of same-day procedures that directly coincide with PVA physician appointments. The option provides the added convenience of being evaluated by a physician, having the appropriate ultrasound testing, receiving a detailed treatment plan and going through that treatment, all in the same day. When working within the field of vascular surgery, Dr. Peck acknowledges that minimally invasive techniques may work best, but surgery cannot always be avoided while providing care.

“I am uniquely qualified, in that I can do medical management of these conditions,” Dr. Peck said. “I can do minimally invasive procedures like putting in balloons and stents to performing surgery or even a bypass.”

The PVA prosthetic department was designed to change the way that people receive prosthetic care, aiming for amputees to be able to take their first few steps as quickly as possible. The PVA prosthetic team is also the source for the RAPID-fit system in South Texas.

The in-office prosthetic department at PVA possesses advanced computerized devices that provide for a same-day casting and fitting of prosthetics.

PVA has nine satellite offices throughout Texas. But there remains a large need for vascular surgeons in South Texas.

“We had some meetings with other medical groups that were under-served in terms of vascular surgery,” Dr. Peck said.

“In many cases, there was a very long waiting list for patients and there were even non-vascular surgeons that were being asked to operate because of the shortage,” Dr. Peck said.

“We hope to have a full-fledged patient list soon, and we believe that patients are excited to have a branch within that area so that they no longer have to travel to a location that is three or four hours away from their home,” Dr. Peck shared with a smile.