In honor of Veterans Day, MD Monthly salutes CommuniCare Health Centers and these five outstanding physicians. With diverse backgrounds and a wealth of knowledge, experience and a commitment to excellence, each of these doctors has served our country in different capacities, and they continue to do so by utilizing their superior skills to enhance our medical community. 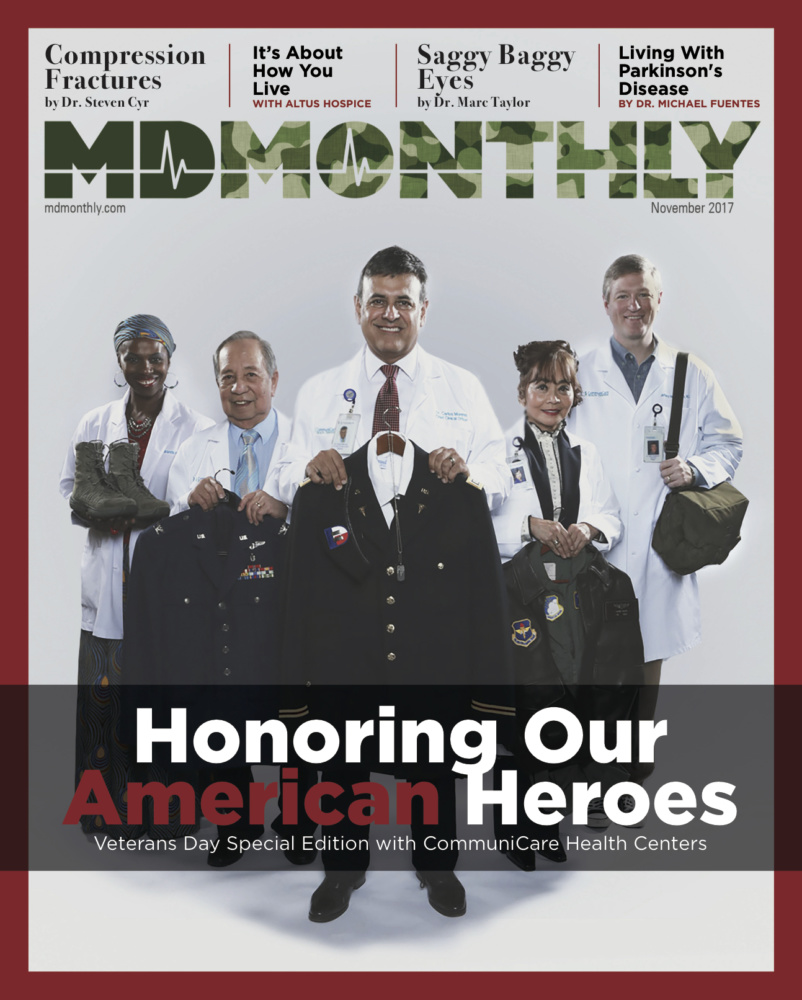 Dr. Carlos E. Moreno is an accomplished bilingual professional with over 27 years of experience in the fields of biomedical research development, academia and healthcare administration. Collective impact work of communities is an area of great interest to him and he has acted as a liaison with state, county and city government elected officials, as well as state representatives to address community health disparities. He received his doctorate degree in medicine and surgery from the medical school in the Dominican Republic and a Master of Business Administration degree from the University of Texas at San Antonio.

Dr. Moreno joined the Medical Brigade of the Texas State Guard/Texas Military Forces in 2006 and served for 10 years. The Brigade is a public health augmentation force deployed in preparation for, responding to and recovering from natural and man-caused disasters and mass-casualty events such as hurricanes and tornadoes. Dr. Moreno served as a Staff Officer in the Brigade’s First (Alamo) Company. His expertise in clinical medicine, epidemiology, public health and administration, and as a director of a rural community health center contributed greatly to the readiness and effectiveness of the Brigade. 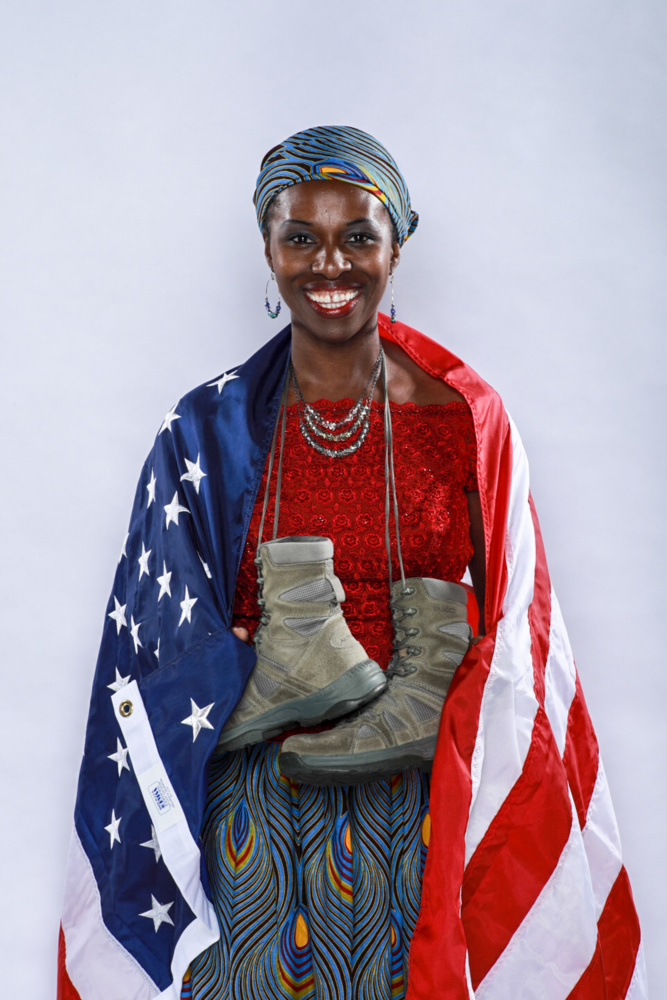 Dr. Uchenna Lizmay Umeh is originally from Nigeria, the first of six children in a family from the “Igbo” tribe of Southeastern Nigeria. In 1991, she completed medical school at Ahmadu Bello University Hospital, Kaduna State, Nigeria. She moved to the United States in 1994 to begin her pediatric residency program at Howard University Hospital in Washington, D.C.

Soon after completing her residency in 1998, she moved with her then-young family to the Carolinas, where she started her own pediatric practice–Children First Medical Center–in Lancaster, South Carolina.

In 2012, she sold her practice and joined the United States Air Force, moving with her three sons to Texas, where she was stationed at Joint Base San Antonio, Lackland as a Lieutenant Colonel and medical director of the ambulatory pediatric clinic.

A proud disabled veteran, she served four years in the United State Air Force and joined the CommuniCare family in 2016, where she has happily found her niche as a staff pediatrician.

She loves dancing, poetry and kickboxing, but on any given day, you might find her on the River Walk, in her garden, or (most recently), at the John Peace Library at the University of Texas at San Antonio, studying for her Masters of Business Administration degree.

After an esteemed military career, Dr. Chaves has enjoyed returning to patient care and using his skills to help improve the health of the San Antonio community. He joined CommuniCare Health Centers in 2007 where he practiced as a General Practitioner. Due to his leadership background, he has served as lead clinician at various centers in the CommuniCare Health System. He is a servant of the community and strives to help with the medical needs of all patients within the communities he serves. 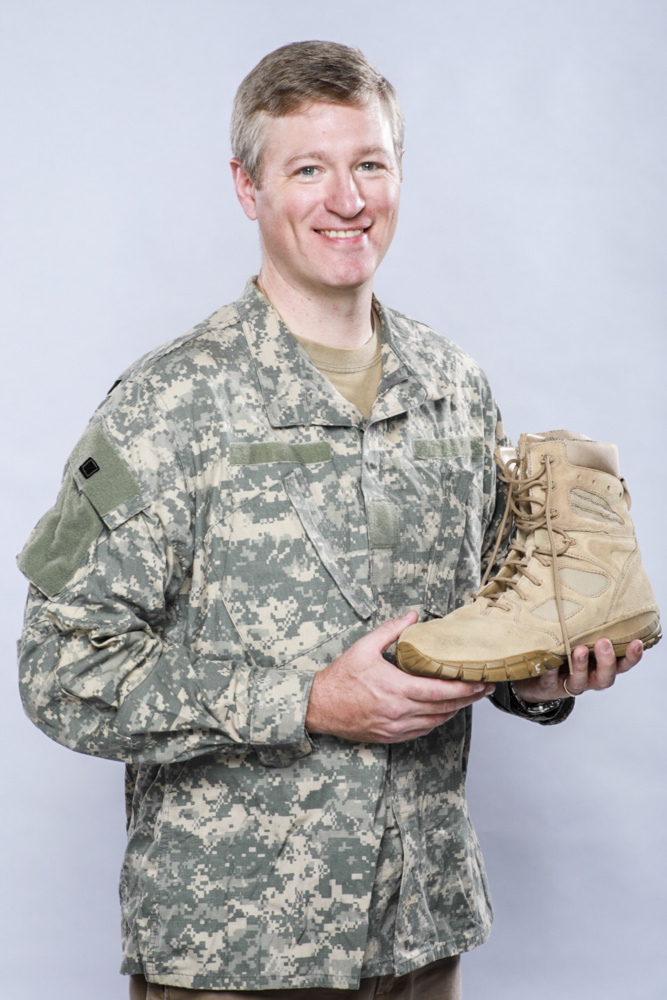 Dr. Jeffrey Henderson earned his medical degree from the University of Texas Medical School in Houston with the assistance of the Health Professions Scholarship Program through the United States Army Reserve. As a physician, he continued his training toward board certification via a pediatric residency program with the San Antonio Uniformed Services Health Education Consortium. He was then assigned to the 168th Medical Battalion in Daegu, South Korea where he served both active duty service members and their families. During his time in the service, Dr. Henderson was awarded numerous medals, including the Meritorious Service Medal, Army Achievement Medal, Army Superior Unit Award, National Defense Service Medal, Global War on Terrorism Medal and Korean Defense Service Medal.

After five years of active duty, he transitioned to a private practice pediatric clinic in Boerne, Texas, where he has continued to work, now as a member of CommuniCare. Through training and practice, both in and out of uniform, Dr. Henderson credits the Army with being the positive and formative force in making him into the compassionate and dutiful pediatrician that he is today.

Dr. Maria M. “Maggie” Tiamson-Beato graduated from Santo Tomas Medical School in Manila, Philippines prior to completing her residency in pediatrics at Mount Sinai School of Medicine, New York City, New York. Upon completion of her residency, she had a short stint in private practice before she joined the United States Air Force Medical Corp. While in the Air Force she served as a flight surgeon and practiced family medicine and pediatrics, eventually retiring as a Colonel. After serving in the United State Air Force, she returned to private practice.

Dr. Beato is an active member of the Bexar County Medical Society, having served on the Board of Directors as treasurer, then as secretary. Additionally, she is a member of the San Antonio Pediatric Society, the Texas Medical Association, the American Academy of Pediatrics, the Association of Air Force Reserve Flight Surgeons, the Texas Medical Association and the American Academy of Pediatrics. She is also a clinical associate professor at The University of Texas Health Science Center at San Antonio.

For more information on the mission of CommuniCare Health Centers, visit communicaresa.org.